Cannabis has been illegal for a long time. But how, when and why did this happen? Read more about the history of marijuana prohibition.

These days the US and other countries are changing the legislation governing the legality of cannabis. But, as our society begins to change its opinions on cannabis, many people wonder why weed was made illegal in the first place.

There are a lot of theories out there on the different factors that lead the US government to enforce prohibition. If you’re a nut for conspiracy theories, feel free to Google “why is weed illegal;” we guarantee you’ll have more than enough to keep you busy for at least a few days.

WHEN DID MARIJUANA BECOME ILLEGAL IN THE US?

Restrictions on cannabis use for medical, recreational, and industrial reasons took off in most states in the US from around 1906.

Prior to this, cannabis was being used to produce medical tinctures or industrial products like fiber, for example.

Recreational cannabis use was also relatively popular from around 1850 onwards, with oriental-style hashish bars to be found in most major cities in the US.

The major restrictions on cannabis came to be enforced through poison laws such as the Pure Food and Drug Act, passed by Congress in 1906. This law required certain drugs, including cannabis, to be accurately appropriately labeled.

From there on out, individual states began to pass their own laws regarding specific labeling of drugs such as cannabis. For example, further regulations regulating the sale of cannabis and cannabis-derived products followed in Massachusetts in 1911, and in New York and Maine in 1914.

In 1925 the US officially supported the the regulation of Indian Hemp (essentially THC-rich cannabis) at the International Opium Convention. The convention restricted the exportation of Indian hemp and any derivative products (such as hashish) to countries that had already banned the substance.

By 1930, the US formed the Federal Bureau of Narcotics as a push to outlaw and control recreational drugs. The bureau was lead by Harry J. Anslinger who, as we’ll see, is often crowned the father of cannabis prohibition in the US.

In 1932, the US passed the Uniform State Narcotic Act, which basically called for all states to unite in their front against the traffic of narcotic drugs and manage trafficking under uniform laws. By the mid 30s, all US states had enforced some kind of regulation on cannabis.

The possession or transfer of marijuana for recreational uses officially became illegal across the US under federal law in 1937 under the Marijuana Tax Act.

In 1970, the Tax Act was replaced by the Controlled Substances Act, which officially listed controlled under 5 different schedules based on their danger and risk of addiction, with Schedule I substances deemed the most dangerous and addictive. Cannabis was listed as a Schedule I drug.

Schedule I substances are described to possess a high potential for addiction, no currently accepted medical uses, and completely unsafe.

WHY WAS MARIJUANA CRIMINALIZED? 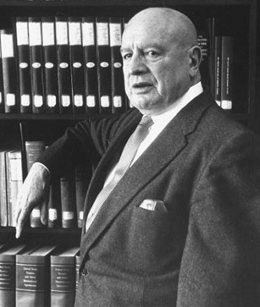 This is where theories get very interesting and complex. Harry J. Anslinger, the head of the US Federal Bureau of Narcotics, is often noted as one of the pivotal members in cannabis prohibition in the US.

Anslinger held his position as commissioner of the bureau for 32 years (until 1962) and also served U.S. Representative to the United Nations Narcotics Commission for 2 years. Prior to his role at the bureau, Anslinger also served as the head of Department of Prohibition in Washington, D.C.

According to Johann Hari, author of the book “Chasing The Scream: The First and Last Days of the War on Drugs,” Anslinger began his focus on cannabis after alcohol prohibition ended in 1933. Up until this point, Anslinger allegedly said he saw no problem with cannabis, mainly as it didn’t hurt anyone nor make anyone violent.

Anslinger’s go-to case to demonstrate the power of the “devil’s weed” was that of Victor Licata, a boy from Florida who hacked his family to death with an axe.

This case, combined with a statement from 1 doctor that cannabis was dangerous (out of 30 Anslinger contacted, 29 who apparently answered “no”), would go on to be Anslinger’s fuel to instill fear in the hearts of all Americans about the power of “the demon weed.”

In 1936, the bureau noticed an increase in the use of marijuana. This increase continued growing by 1937. At This point, Anslinger launched a campaign against cannabis (Reefer Madness!), leveraging media mogul William Randolph Hearst's newspaper empire to demonize the cannabis plant.

By 1937, cannabis officially became an illegal substance across the US under the Marijuana Tax Act.

THE EFFECT OF MEXICAN IMMIGRATION ON MARIJUANA PROHIBITION

In an article on drugpolicy.org, Dr. Malik Burnett and Amanda Reiman propose an interesting argument on how Mexican immigration affected the move to marijuana prohibition in the early 1900s.

While we won’t explore Burnett and Reiman’s argument in full detail, we’ll summarize it here because we think it raises a very interesting point.

The Mexican Revolution was a violent struggle that took place from roughly 1910-1920 and radically changed Mexican culture and government. The revolution lead to a large influx of immigrants to the US, especially into states like Texas and Louisiana, who brought with them new customs and cultures.

One of those customs was the use of cannabis, which Mexicans referred to as “marihuana.” As the media began to demonize the large wave of Mexican immigrants (as seems to be habitual in many countries when they’re faced with a sudden influx of foreign people), the fact that Americans didn’t know what “marihuana” was came in super handy.

This tactic was nothing new; the same thing happened in the US, Australia, and many other nations when Chinese immigration hit. The only difference was that the Chinese were demonized for bringing opium with them rather than cannabis.

Related Article
The History Of Marijuana In The Movies

MARIJUANA PROHIBITION AROUND THE WORLD

Cannabis laws vary from country to country. However, cannabis became illegal in most nations in 1925 after the International Opium Convention, a follow up to the first convention signed in 1912 at the The Hague in The Netherlands.

The convention of 1912 essentially served as the first international drug control treaty and was particularly concerned with the growing trade and use of opium. It was signed by Germany, the United States, China, France, the United Kingdom, Italy, Japan, the Netherlands, Persia, Portugal, Russia, and Siam.

A revised International Opium Convention was then held in 1925 in Geneva, Switzerland. At this convention, Egypt, China, and The US suggested a prohibition on hashish be added to the text of the treaty, which was previously mainly concerned with cocaine and opium.

A sub-committee suggested expanding the text to prohibit the production, sale, and trade of charas hashish, and various other products derived from cannabis, while restricting the use of Indian hemp strictly for scientific and medical purposes.

India and a few other countries, however, objected to this, arguing that due to various social and religious customs as well as the prevalence of wild cannabis would make it difficult to enforce these restrictions.

Hence, this text never made it into the final treaty, However, the exportation of Indian hemp was banned to any country where it has been illegalized.

Any countries wishing to import Indian hemp had to demonstrate that its use was strictly for medical or scientific purposes. Meanwhile, all nations were expected to do their best to prevent the international trade of indian hemp and products such as hashish.

In 1961, the Convention was effectively replaced by the Single Convention on Narcotic Drugs, which became the first international treaty to officially prohibit cannabis.

Held and signed in New York City, this treaty broadened the effects of those before it to control and restrict new opioid drugs and broaden the scope on cannabis.

The Convention gave the Commission on Narcotic Drugs and the World Health Organization the power to add, remove, and transfer drugs between four different schedules established by the treaty.

Meanwhile, the International Narcotics Control Board was put in charge of administering controls on drug production, international trade, and dispensation, and the United Nations Office on Drugs and Crime (UNODC) was delegated to work with individuals countries and their authorities to ensure compliance with the convention.

Related Article
The History Of Hashish And Where It Comes From

So, there you have it; a detailed look at when, how and why cannabis became illegal in the US and around the world.

Like we mentioned earlier, there are countless alternative theories on the reasons for prohibition floating around on the internet. If you’re interested in them, we trust a good old Google search will be enough to unearth at least the most popular ones.

In this article, we’ve tried to provide you with a basic timeline of the events that lead to cannabis decriminalization. And, while cannabis is still a federally controlled substance in the US, we trust it won’t remain that way for much longer.

Reggae and ganja: a brief history and 5 iconic roots hits to toke up to

The holy cross joint – not just for religious people