Hash - a powerful cannabis plant concentrate made from trichome resin glands, has thousands of years of history and is still reinventing itself.

Hash has a history that is mysterious and thousands of years old. The substance is a powerful cannabis concentrate used both for religious and medical uses by Arabic cultures about a thousand years ago. The use of the drug then spread via Europe to the rest of the world. Europeans remain the biggest consumers of hash today.

Hashish – or hash – is made from the resin – collected from the trichomes of cannabis plants. It is a highly potent form of cannabis concentrate in other words. It is made by water purification or by pressing the substance together in hard blocks. It can be smoked in a pipe, bong or joint. It can also be eaten.

Just like cannabis itself, hash has a unique and storied history. The drug remains linked to both political and spiritual significance. Its presence in society or culture has often been a harbinger of geographic, social or political upheaval. 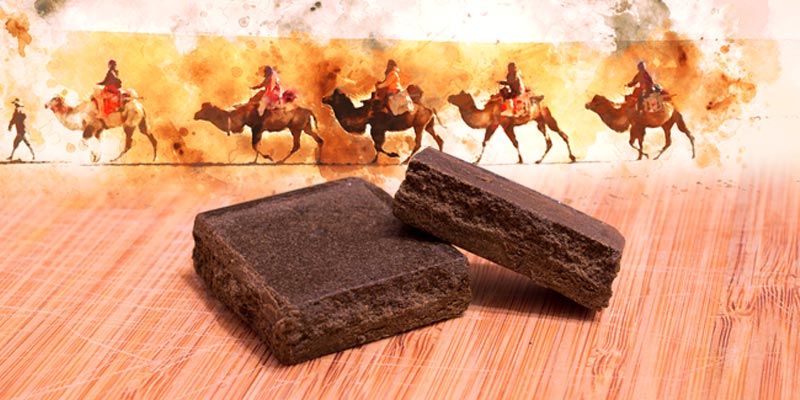 Hash is a product that has a history thousands of years old. One of its first literary references appears in the classic 1001 Arabian Nights stories. “The Tale of the Hashish Eater” tells of a once prominent man who wastes his wealth on women.[1] After wandering penniless, he finds his way into a Hammam. He strips off his clothes, eats a ball of hashish and dreams he is rich again. Upon waking, he is embarrassed to find that he is now being laughed at by people who find him. However he does not forget his experiences with the drug. He begins to rebuild his pride and self-confidence.

Other legends credit the first use of hash to Haydar. This secluded monk was also the founder of the religious Sufi order. After falling into a depression one day, he wandered off alone into the fields. After he returns, his disciples realize that he is a changed man. He is happy and in love with life. Haydar credited his happiness to hash. His disciples then copy him. Haydar was even buried surrounded by cannabis plants. The Sufis were sworn to secrecy about their understanding, use and power of the drug.

Whatever its origin, however and no matter who gets credit for the discovery of the drug, hash use spread widely through the Arab world in about 900 AD. It was also used in India but called “Bhang.” It appeared in Europe around the 18th century. Napoleonic campaigns used the drug in Egypt to bolster exhausted armies. By the middle of the 19th century, western doctors began exploring its use as medicine. Literary figures including Charles Baudelaire and Victor Hugo began experimenting with the drug.

Related Article
The Story Behind The Legendary Moroccan Hash

In 1857 American adventurer Fitz Hugh Ludlow also explored flights of fancy and altered consciousness from his experiences with hash. The title of his book referenced the Arabian Nights story.[2]

The book became a sensation. It went through four editions immediately, and is still in print today. The book is also credited with popularizing hash as a medical product and recreational drug. Immediately after its publication in fact, the first commercial “hash candies” and “hashish clubs” began to appear in the U.S. By 1876, tourists could even buy hash at the Philadelphia Centennial Exposition.

In the 1960’s the book was also popular with the counter-culture movement.

DOES THE SUBSTANCE HAVE ANYTHING DO TO WITH ASSASSINS? 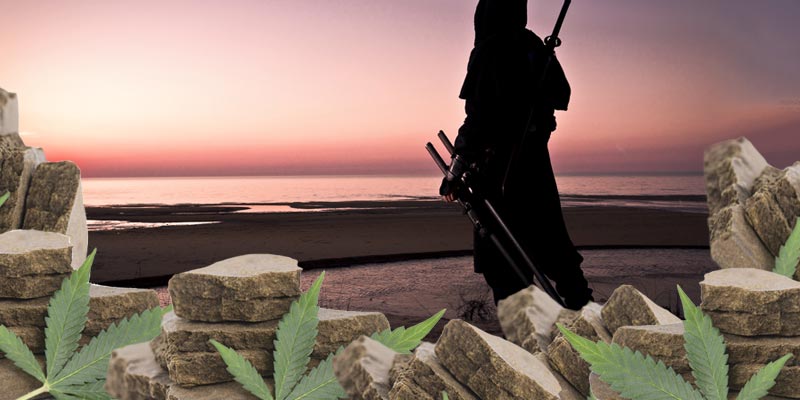 This is a popular idea, more grounded in myth than reality. Some believe that the name for hash came from the word “assassin.” Much of this is likely due to the strangeness of both the drug and cultures who used it as interpreted by westerners of the day. This starts with Marco Polo, who encountered it on his travels in the 1300’s.

In fact, it is likely that this warlike, violent association with hash comes from the Scythians. This was a culture of nomads who roamed between central Asia and Europe for centuries. The warriors used hash to prepare for battle and as a medicine. They also grew and traded the cannabis plant. They are credited with introducing cannabis into Europe via the Persian (or Ottoman Empire) around the time that the drug found its way into the popular culture of the day. 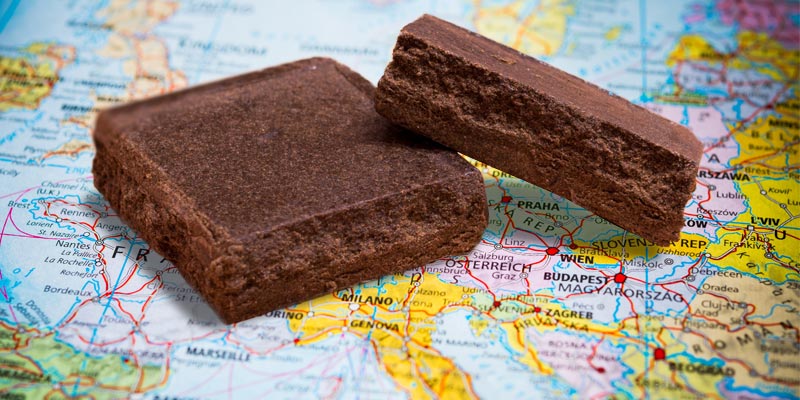 Europe is by far, the largest consumer of hash today. The vast majority of hash comes from Morocco, Afghanistan and Turkey. However that also might begin to change.

Today, as more and more research confirms the medical efficacy of not only cannabis but other elements of the plant (including trichomes), hash is finding a new market.

It's not that difficult to make some hashish at home. Modern extraction techniques and a focus on medical processing are likely to create a new era of popularity for the drug – and outside of Europe.

Video of how to make hash with a blender

How to check the quality of hash

Can you smoke weed from an ordinary tobacco pipe?