Cannabis and exercise? Might be a great combination for you!

Pick up your bong and put on your trainers. Cannabis and exercise have a lot more in common than you might think. Click here to learn all there is to know.

Cannabis and exercise seems worlds apart. However, new research suggests that these two concepts might not be as contrasting as we tend to think.

In this article, we share some important facts about the relationship between exercise and cannabis. Lastly, we also take a brief look at whether it’s a good idea to exercise while high. 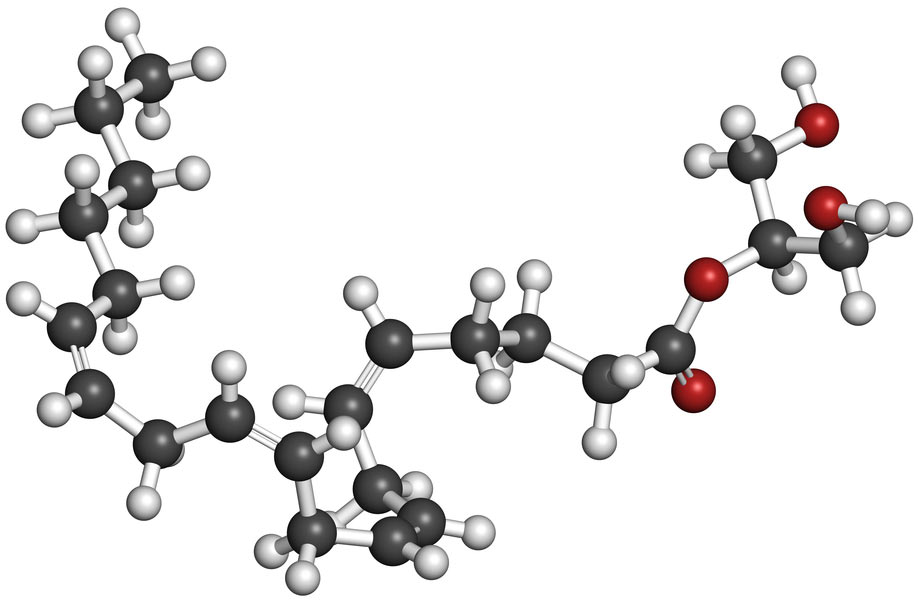 Many people feel a slight “buzz” after a good workout. This feeling is often labelled as “runner’s high” and is characterized by a general sense of euphoria, lower levels of stress or anxiety, and sometimes even a reduced sensitivity to pain.

Up until now it was commonly believed that what caused this “high” were the endorphins produced by our central nervous system after we exercise or engage in other activities, such as sexual intercourse.

However, new research suggests that the endocannabinoid system, (the same system responsible for managing the psychoactive effects of cannabis) might be responsible for producing the “runner's high” so many of us experience after a solid session at the gym.

In 2015, German researchers found that the endorphins produced by our central nervous system after exercise can’t actually travel to the brain and therefore can’t be responsible for triggering any kind of “buzz” in our body. However, a specific cannabinoid can.[1]

This cannabinoid is anandamide, a molecule produced naturally produced by our body and found in high concentrations in our bloodstream after running. Unlike endorphins, anandamide is small enough to pass through from the blood to the brain, where it can produce the feelings often associated with “runner’s high.”

Related Article
What Is Anandamide And How Does It Help Marijuana Users?

For the purpose of the study, the team of researchers used two groups of mice who had been familiarized with running on an exercise wheel.

The first group was made to run for 5 hours while the second remained sedentary. After completing their 5-hour run, the scientists tested both groups for anxiety using a dark-light box test (which measures a mouse’s anxiety based on how frequently it runs from well-lit areas into dark areas in order to hide).

The first group showed far less anxious behaviour than the sedentary group, and also displayed a higher tolerance to pain (tested by their tendency to jump or lick their paws when placed on a hot plate).

The mice who received endorphin antagonists showed no real change in behaviour after running. In other words, they still displayed increased tolerance to pain and decreased levels of anxiety.

The mice that received endocannabinoid antagonists, however, remained anxious and sensitive to pain despite having run for hours, suggesting that endocannabinoids play a very important role in producing “runner’s high,” possibly even more so than endorphins.

EXERCISE CAN ACTUALLY RELEASE THC BACK INTO THE BLOODSTREAM

The study we mentioned earlier isn’t the only piece of evidence that suggests that cannabis and exercise are more closely related than we tend to think.

A 2013 study shows that exercise can actually provide regular cannabis users with an extra hit of THC.[2]

This is because the body is known to store THC in fat around the body for up to 28 days after consumption.

When you engage in fat-burning exercise (such as cardio or high-rep weight training), the THC stored around your body is given a second chance to enter your bloodstream.

They found that THC concentrations in the participants bloodstream increased by almost 15% after exercising, but dropped off within 2 hours.

SO, SHOULD I EXERCISE WHILE HIGH?

While no real scientific research has focused on exploring the benefits/implications of exercising while under the influence of cannabis, there is some strong anecdotal evidence out there that proves that getting high and exercising might not be such a bad combination.

Nate Diaz, a renowned UFC fighter and winner of the 5th installment of The Ultimate Fighter, has a medical marijuana card in California and, according to his coach, uses cannabis to treat pain after fights.

Kevin Helliker, senior sports editor at The Wall Street Journal, has also reported that a large number of ultramarathon runners (who participate in races that can last anywhere from nearly 50 to over 300km across mountainous terrain and rocky trails) use cannabis edibles to treat pain and nausea during an event or training.[3]

Furthermore, Clifford Drusinsky, an elite triathlete based in Colorado, also admits to using THC-rich energy bars before his workouts to enhance his performance.[4]

Besides that, many people also find cannabis useful for getting “in the zone” prior to a workout, especially if they get bored or struggle to stay focused on perform repetitive movements.

Related Article
CBD, Fitness, And Exercise: Can It Help?

So, it seems cannabis is helping a lot of athletes train or perform at their sport, whether it be through keeping them focused or helping them deal with pain or other adverse effects of training/performing.

However, as we said earlier, no reliable scientific studies have deeply analyzed the effects of cannabis on exercising. If you’d like to experiment with integrating cannabis into your workout routine, we always recommend working closely with your doctor or a sports professional to make sure you do so safely.

In other words, talk to your doc before deciding to burn one down and embark on a ultramarathon or stepping in the ring with an MMA champ.

What is greening out and how to avoid it

All about ballasts for cannabis grow lights

3 examples of how big cannabis plants can grow outdoors