Contrary to stereotype, cannabis in fact may help increase productivity and certain kind of creativity.

Cannabis actually can be very helpful for increasing concentration. It can help improve rest. But it can also help certain kinds of people concentrate and focus on the task at hand.

The stereotype that stoners are slackers is an almost insulting myth that is being constantly challenged these days. First of all, stop calling cannabis users "stoners". Second of all, it is very easy to see that it is just not true. On top of that, medical evidence is proving that as medicine, the drug helps people get better. And stay well.

It may in fact turn out that cannabis is the best drug on the planet to improve productivity. Why? If people don’t get sick, they are more productive. If people feel well enough to exercise, they will maintain themselves in better health. It is a circle.

But on top of that there is other evidence that cannabis can improve overall output. Whatever that is. There is a direct connection between dopamine and increased productivity. Dopamine is well known as a “reward” drug. When there is a surge of dopamine in the brain something else happens as well. There is also a surge in a desire to accomplish things.

This is also of course more or less true depending on the kind of strain you use. Sativa strains are particularly good for up and buzzy productive highs. 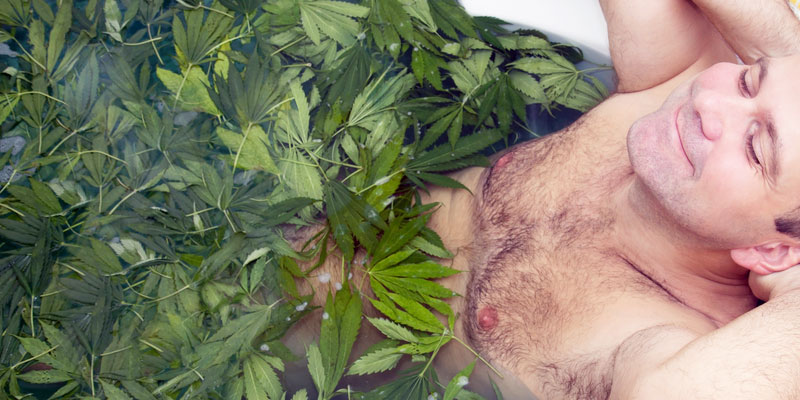 Outside of a good diet and regular exercise, sleep is a major component of good health. It is also a requirement for productivity. Overworked, tired people do not perform as well.

On this front, cannabis is a wonder drug. Not only can it improve the quality but also length of sleep. Many people turn to cannabis as a sleep aid for this reason. In turn, a well-rested body and brain are far more productive when actually engaged.

Beyond that, people with actual sleep disorders increasingly turn to the drug because it has no “hangover” effect. This is of course a great thing, as most conventional pharmaceutical sleep aids do come with some sort of hangover. In turn, this also aids productivity when awake, no matter what the task.

This is a bit controversial even now. But there is significant evidence of this and in several groups of people.

Listening to music with headphones increases this effect. This seems to be especially the case with music that can also affect brainwaves in certain ways. That is one of the reasons that for instance trance music is so popular with some cannabis users.

This is not always the case of course. However there are many creative people who swear by the drug.

There are several reasons for this. The first is that if you are feeling down, low or sick, you are not going to be creative. Or productive if you are a creative. On top of that, the drug can help you not only focus on the creative process, but it also appears to help creatives associate otherwise unconnected thoughts or ideas.

This is the essence if not genesis of creativity. It can show up in a color in a painting. It can manifest in a line of code. It can show up as a well-turned sentence. In other words, while it may all boil down to dopamine, the cannabis can absolutely enhance the creative process.

How to remove the smell after smoking weed