The “stoner stereotype” and other clichés associated with weed

Many ideas about what cannabis users look like, say, do and are capable of are rampant in the media. Some of them are even funny. Check out our list.

If you have ever smoked weed, and are not from a desert island, you will have heard at least one of these. Stereotypes and ganja just kind of go together like, well, weed and the munchies.

People who smoke weed in particular have lots of these to choose from. Lazy, disorganized, conspiracy-theory spouting couch potatoes is perhaps the most negative of the lot. These days however, stereotyping is moving in a different direction. It is increasingly "cool" again to blaze up.

This shift has everything to do with changing laws and different generations. That said, there are always stereotypes. They are just not the same. Here is the skinny. There are many different kinds of users, who use marijuana for all kinds of purposes. What is the essence of this idea – and what does it really have to do with you? 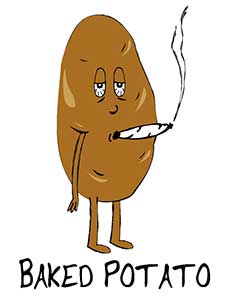 Stereotypes of anything are a mark of a cultural road bump. In this case it is the growing acceptance and mainstreaming of a drug. Stereotypes about weed these days, are not necessarily all bad.

Beyond this, however, cannabis use in particular has been deliberately stigmatized for about the last century. Smoking weed, according to early propaganda, created the urge to dance with people of other skin colours (or have sex with them). It also apparently created a fondness for jazz, at the time stigmatized because of its African American roots. Later on in the century, smoking pot was associated by the government of the United States in particular, as subversive. The act was associated with growing long hair. It was also associated with burning draft cards (for men).

In addition to this, of course, the medical “evidence” of the day promoted the concept that using marijuana was a one way trip to hell. Joblessness, mental illness and societal rejection were implicit somewhere in all of them. People who smoked pot, in other words, exhibited anti-social behaviour. Something was clearly “wrong” with them.

Users who did exhibit some of the less savoury characteristics of abusing any substance were held up as poster children of the entire situation. Use pot and you will get fat, eat potato chips and spend all your time online watching TV. This of course has been updated to surfing the net or playing computer games. Ending up in prison has always been a popular idea. Or ending up without friends and dying all alone in a cheap hotel in your underwear. Ad nauseum.

HOW TO IDENTIFY A "STONER" 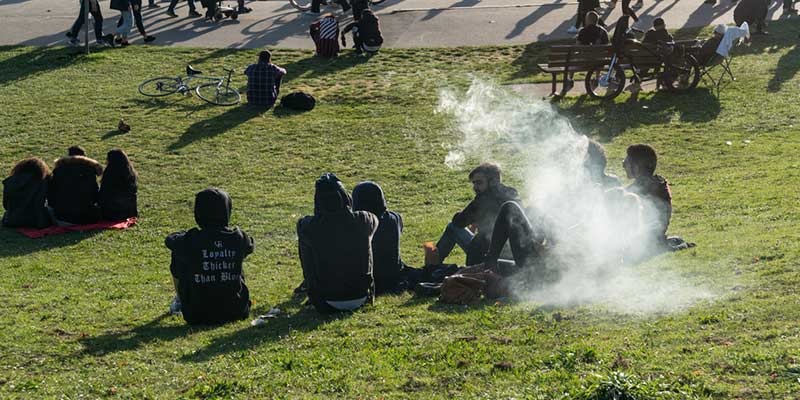 Basically, “stoner” usually refers to someone who smokes weed. It can be pejorative. These days it is changing of course. But essentially it all refers to the act of regularly imbibing weed.

Does pot make you more “chill?” Well sure. It can. That is also why a lot of medical users suffering from anxiety rely on it. Cannabinoids work with brain and body chemistry to remove pain – a big cause of stress. And as a result, other “non-chill” behaviour that goes with it.

Does pot make you stupid? The answer to that of course is a resounding no. In fact, one of the other, more modern clichés of a cannabis user is that they are also an IT geek. These are people who are usually fairly smart. They certainly understand coding on a level that eludes the average person. Intelligence,in other words, or the lack of it, has nothing to do with cannabis use.

Does marijuana make you “anti-social?” Well, sure, it could. However there are plenty of people who use the drug who are also people who tend to work by themselves. Creativity and mental focus are also a hallmark of many users. And many of those people work alone. You do not paint or code or write via committee.

Does marijuana use make you dress, walk, eat or look funny? Come on. We all know the answer to that one. Do all pot smokers wear clothing emblazoned with the plant logo? No. Is it a lifestyle thing? It certainly can be. That includes associating yourself with the cannabis plant. It also can mean living untraditionally – whatever that means.

There was a time when even U.S. government promoted the idea that marijuana use could make you “gay.” 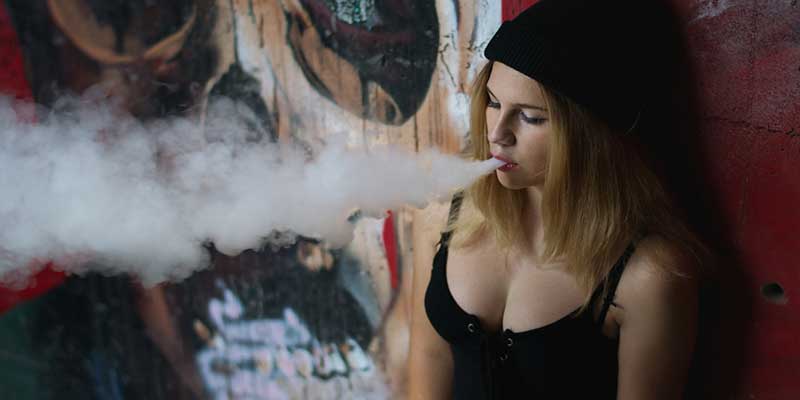 One of the most interesting stereotypes about marijuana use of course is about gender. To date, most self-identified users are still male. This is also how they are portrayed in media too. However there is a strong female subtext to pot use that is still coming out of the shadows - especially for Millennials. This includes women who buy weed. It also encompasses women who are starting to write about their experiences with pot. It comprises women who cover the industry or work in it in some way. Increasingly it also means that it could include a woman grower or other legitimate, licensed business owner.

So is there a stereotype of a weed user, much less a “stoner?” Sure. Lots of them. So many of them, in fact, that they don’t really say anything at all.

That is not to say that stoners, of all people, do not have a sense of humour. Including about themselves.

Here is a top 10 list of “attributes.” Figure out how you rank. Bonus points above a hundred move you into acceptance, not necessarily rehab. You are also most probably a patient. Rank your fit to each of these attributes on a scale of 1-10.