A background on rastafari and the use of marijuana

Rastafari and 'the herb' have a strong connection. Click here to learn all there is to know about the relationship of rastafari and the use of cannabis.

Rastafari, sometimes also termed rastafarianism, originated in Jamaica in the 1930s. Rastafari is often seen by many as a religion, but it's not. Rastafari is a movement, a way of life, a spiritual mindset. The use of dreadlocks and cannabis are probably the two most iconic aspects of rastafarians, and today stoner culture and rastafari seems quite closely related.

The rastafari movement was born mainly among poor, working class Afro-jamaican communities, and is sometimes seen as of a bigger movement rebelling against British colonialism (Jamaica gained independence from Britain in 1962).

It was also deeply influenced by other political movements such as the Back To Africa movement and adopted a strong idea that people of African heritage should move back to their homelands in order to empower their nations and help them overthrow the oppression they faced from the Western world.

Rastafari is centred around Ethiopian Emperor Haile Selassie I. Selassie is often referred to as a messiah, prophet, or God incarnate, and his coronation is often seen as fulfilling a biblical prophecy. 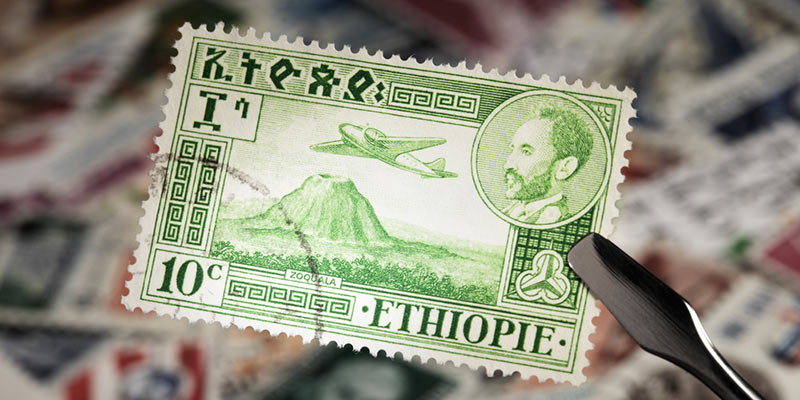 Rastafari tends to lack a central authority that clearly dictates the beliefs and practices of the movement. There are several denominations of Rastafari, although the most common are Nyahbinghi, Bobo Ashanti, and the Twelve Tribes of Israel.

While the Rasta movement is now generally accepted in Jamaica, it came into conflict with regular Jamaican society in the 1950s and also expanded to nearby Caribbean islands, the US, and other parts of the world.

The 1950s also saw the development of a more radical brand of Rastafari, leading to an attempt by militant Rastas to claim certain Jamaican cities such as Kingston and Spanish Town and other violent conflicts.

However, these tensions died down, and by the 1960s the Rasta movement began to attract more widespread support even from more privileged members of Jamaican society. This period of time also saw a shift in traditional Rasta beliefs, especially the idea that salvation required members to make a physical move back to Africa. The movement also began to take inspiration from other political movements taking place at the time, most notably the Black Power movement happening in the US.

Rastafari was really brought onto the world stage in the 1970s with the help of reggae music. Musicians such as Bob Marley, Bunny Wailer, Peter Tosh, and many others found worldwide success with their iconic sound.

Towards the end of the 1970s and the early 80s, however, the Rasta movement lost a lot of momentum, possibly due to a number of reasons, including the death of Haile Selassie in 1975 and then Bob Marley in 1981. The decline in popularity of reggae music, which preached many religious messages adopted by the Rastas, may also have had something to do with this.

Today, it is estimated that there are roughly 1 million Rastas across the world. The biggest concentration of Rastafari communities remains to be found in Jamaica.

WHAT DO RASTAS BELIEVE? WHAT PRACTICES DO THEY FOLLOW? 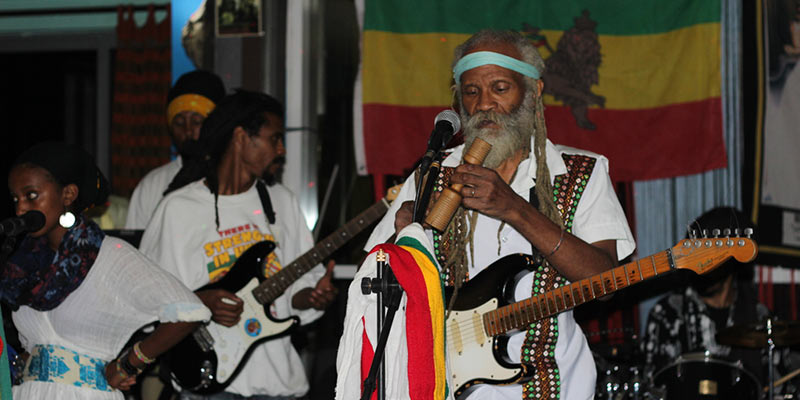 As we mentioned earlier, Rastafari lacks a kind of centralized authority governing their beliefs and practices. Furthermore, the religion can actually be divided into roughly 6 different denominations (commonly called “mansions”), each with its own set of rules and practices.

Rasta members tend to follow the doctrines of the movement or the mansions only in part, and sometimes not at all. This comes from a general belief in the freedom of consciousness and a distrust/disliking of institutionalized practices.

Related Article
Reggae And Ganja: A Brief History And 5 Iconic Roots Hits To Toke Up To

This makes it hard to paint a kind of global picture of this way of life. However, here are some general beliefs associated with Rastafari:

Just like Rastas tend to adopt their own beliefs instead of following a strict doctrine, they also have very individual ways of practicing. Below are some common Rastafari practices, keeping in mind that not all Rastas strictly adhere to them.

Groundings are a kind of Rasta ceremony that involves a gathering of rastafarians under an elder. These ceremonies often include music, chanting, drumming, and the consumption of cannabis. One of the main purposes of groundings is discussion among rastafari members, their interpretation of it, and how it relates to current events. Groundings are generally only reserved for men.

Rastas practice relatively strict gender roles. Women are excluded from groundings and other official gatherings, and are to dress distinctly from men. They are also thought of as impure due to their menstrual cycle and are thought to distract men sexually. Women are taught to seek out male leadership and to dress in a way that covers their head and body contours so as to not appeal to men.

As we mentioned earlier, the rastafari movement has a strong focus on connecting members with nature. One main way to do this is through a special diet, often called “ital.” This consists of natural foods, with some mansions of rastafari even producing their own food and living self-sufficiently.

Some Rastas choose to be completely vegetarian, while others tend to follow the dietary guidelines of the Old Testament (particularly avoiding pork or crustaceans). Some Rastas also tend to avoid adding additives such as salt or sugar to their food.

While the spiritual use of cannabis isn’t unique to Rastafari, it is definitely one of the aspects of the movement that shocked western society when it came onto the global stage in the 60s and 70s. Rastas consume cannabis, commonly referred to as Ganja, by smoking and ingesting it, often using it to make teas and in their cooking. Some Rastas believe cannabis use should be restricted to grounding ceremonies, while others use it regularly. They consider it a powerful substance that has the power to draw users closer to Jah.

At a grounding, a Rasta member will usually prefer a spliff while reciting a prayer to Jah. Once the prayer is finished, the spliff is lit and smoked. Alternatively, Rastas also consume cannabis through large water pipes known as chalices.

The exact origins of how cannabis use came to form part of the Rasta movement is unclear. Some believe it comes from Kumina, a religion practiced by Kongolese servants brought to Jamaica in the 1800s that also used cannabis in its spiritual practices.

Others believe it was adapted from Hindu religions, brought over by Indian slaves who were shipped to Jamaica between the19th and 20th century, who also used cannabis for spiritual purposes.

Rastas have a unique sense of dress and appearance. The use of dreadlocks is very iconic and common among some Rastas, while some denominations forbid it. Other denominations, such as the Twelve Tribes of Israel or Bobo Ashanti, use distinct style of dress to distinguish themselves that can include robes and turbans.

Music is central to the rastafari movement and plays a big part in a Rastas life. Chanting, drumming, and singing is often incorporated in groundings, while reggae music serves as an important platform to communicate the key messages.

Music is used to praise Jah, and is believed to have unique healing properties. Some Rasta songs are sung to the tune of old Christian hymns, while others are original. Rasta music plays a strong emphasis on rhythm and bassline, both of which are said to be very symbolic and represent the core beliefs of this way of life.

Rasta elder Prof-I explains why rastafari is not a religion or organization:

5 of the most inspiring places to smoke weed

Does marijuana affect the way we hear music?