There are natural herbs out there that can enhance your cannabis use. Get to know more about them, but be sure to consult an expert first before mixing.

When used on its own, cannabis is already a magic herb that can take you places. Whether you prefer consuming it through a joint, a bong, or a vaporizer, you can enjoy either an indica to rock you to sleep, or a sativa to keep those creative juices flowing. 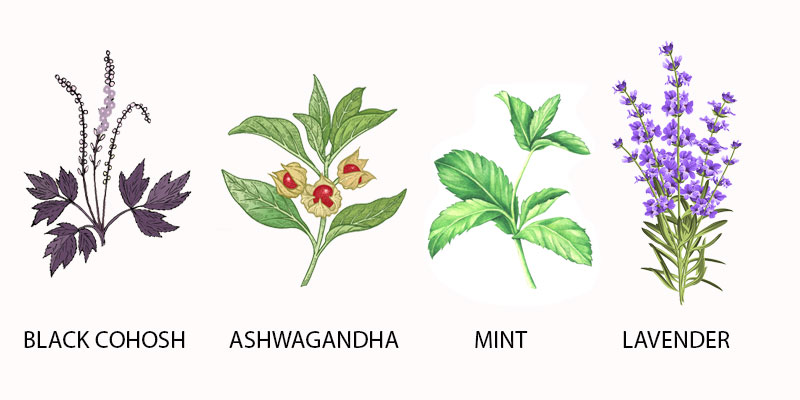 For those who may find this herb a little too foreign, that’s because it is. Ashwagandha is an adaptogenic root that has been mainly used in Indian Ayurvedic medicine but has begun to get some attention in the Western world. An adaptogen, in a nutshell, is an herb that aids the body in reacting to stress and is believed to have both antidepressant and anti-anxiety properties.[1]

Mix it in with your bud and you get the perfect stress management treatment.

This herb is commonly used for women who are at the age of menopause, mainly by promoting more of a balance for the endocrine system, which normalizes the hormones.[2] It is also filled with phytoestrogen, the hormone that is commonly lost during the menopausal period.[3]

Mixing it with cannabis, which in turn does the work to enhance the body’s endocannabinoid system, and older age becomes a lot easier to deal with for women.

Both Lavender and Mint are known relaxants and are commonly used to add comfort to our lives. So if you just came from a hard sparring session in the gym, this mix would be the ideal one for you.

Mint, on the other hand, provides a soothing effect and makes the smoke a little less irritating, especially when smoked or consumed through a bong. But for vaping, it is best heated at 160-175 degrees Celsius. 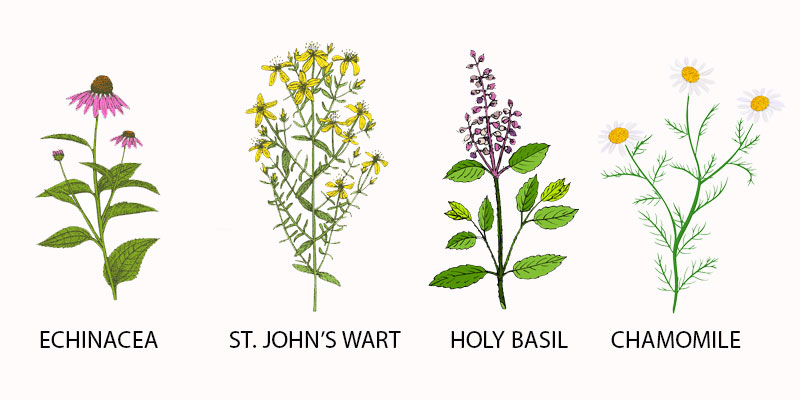 This herb is usually used to combat the common cold for its qualities that give a boost to the immune system, but when combined with cannabis, it can also be a magical mix. Echinacea also possesses some compounds that are present in cannabidiol (CBD), the non-psychoactive component in cannabis. The compounds which are named N-acylethanolamine basically interacts with the enzyme that breaks down the body’s endocannabinoids.

St. John’s wart is an herb that has been used since time immemorial. For Balkans, in particular, this plant is often added to olive oil and is left under the sun, which is then used to make a healing oil for burns. Its extract is also turned into a capsule or tea and is used as an antidepressant.

When mixed into cannabis, it can act both as an antidepressant and anti-anxiety medication. And despite some cases that report how St. John’s Wart can worsen symptoms of ADHD and ADD, cannabis, which is a known remedy for both, is there to balance things out.

Not only is this herb another good source of stress-relieving qualities, it is also believed to be a solution for stubborn acne. Another product of Indian Ayurvedic medicine, Holy Basil is believed to have properties that reduce the cortisol level in the body.

Cannabis, of course, already has stress-reducing levels on its own, so mixing this particularly with a good indica strain would likely leave you feeling like you are floating on clouds.

As we know it today, chamomile is mainly used for people who have trouble sleeping, but in the early days of medicine, it was also used to treat cases such as depression, anxiety, stress, and even headaches.

The calming effects of chamomile may add a little bit to that of cannabis’ same qualities, but it is more about enhancing the flavor. When vaping, it is best when heated up to a temperature of 190 degrees Celsius.

It is important to reiterate that a doctor or herbalist should first be consulted before trying to add in any of these herbs into your cannabis. While they are organic in nature, there may be adverse effects which may disrupt your body’s equilibrium. But if you do get a green light from experts, feel free to mix away!

Related Article
Why Do Some People Mix Weed With Tobacco?

Can you smoke weed from an ordinary tobacco pipe?

7 reasons to smoke your weed pure

Is combining marijuana and yoga a good idea? Here are the pros and cons