Is combining marijuana and yoga a good idea? Here are the pros and cons

For many the combination of yoga and marijuana seems like a natural. And in many ways it is. Find out about the pros and the cons.

For a certain group of people, the idea of combining yoga and weed is natural. Kind of like Birkenstocks and vegetarians or yogurt and muesli.

On the serious side, yoga helps push mental and physical boundaries. So does cannabis. Why not combine them?

There are many good reasons. However, for all the plusses, there are also those who say that this is not a good idea. Or it defeats the purpose.

Ultimately, of course, the only person who can make this decision is you. Why not check it out?

THE PLUSSES OF MARIJUANA AND YOGA 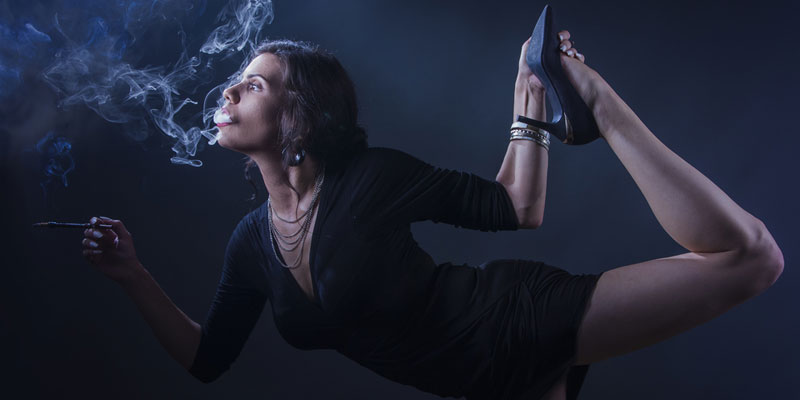 This combination is such an obvious idea that it has not only been already practiced but studied. In fact, the multiple benefits of yoga are multiplied by cannabis. Yoga can create relaxation, spiritual bliss, and spiritual awareness. Cannabis can do this too. It can also help reduce stress, pain and anxiety.

The question is, should you do them together?

The good news? Doing yoga while “high” has also been shown to help the body better process the cannabinoids. This holds true whether you are ingesting CBD or THC by the way.

There is also emerging evidence that smoking a bowl before yoga can make your yoga session better. The first is that the drug can absolutely help meditation. It may also be able to help you focus on your yoga better. While most of the attention about cannabis use during sports has focussed on professional runners or football players, don’t forget about yoga.

Long distance runners in particular, note that cannabis can help them achieve new physical goals. That can be true of your yoga practice too.

In some parts of the world, like California, the combination of weed and yoga is beginning to become a hot topic. Instructors who promote the practice say it often helps their clients become more in touch with themselves.

Making the mind-body connection is the first breakthrough for novice yoga practitioners. If they can get to their centre better with a hit or two off a bowl first, what is the harm in that?

THE CONS OF MARIJUANA AND YOGA

The first thing to remember is go slow. Particularly if you are new to either yoga or cannabis. And even if you have done both before, still remember to engage cautiously.

If you are a patient, it is a good idea to check with a doctor before starting either cannabis or yoga. Certainly in combination.

You also might be a person who has an adverse reaction to marijuana. They do exist. Obviously, yoga is not going to change that.

Beyond specific physical reasons for not mixing the two, however, there are other issues.

Many avid yogis also eschew use of the drug, especially during yoga sessions. But some eschew all drugs. They believe that cannabis creates a veil of illusion. This is not good for getting in touch with yourself. In addition, yoga is all about developing awareness of the self which never changes.

Here the argument seems to be that cannabis does change you, so don’t do it. Or at least don’t do it when looking for your true self during yoga. Mostly, of course, these yogis believe that the sensation of being high takes away from the path of finding a natural high or the way of life. Some call it salvation or Samadhi.[1]

Marijuana and its use among professional athletes

How long does the effect of a cannabis high last?

How to calculate the electricity costs for growing cannabis indoors

The best temperature setting for your cannabis vaporizer