Running while high: the ultimate workout?

Endurance athletes, starting with runners, are starting to see the benefits of cannabis use on several fronts including enhancing "The Runner's High."

While scientific evidence still remains scarce, anecdotal evidence is starting to pile up. Endurance runners in particular are beginning to tout cannabinoids as a running supplement. Scientific evidence suggests that THC infused body fat might be a major reason.

As cannabis medicine becomes more widespread, sports medicine has now entered the conversation. This starts as a pain reliever. Increasingly, however, it is being considered almost a “health supplement.” Either way, athletes both casual and more dedicated, are turning to cannabis as way to enhance athletic and mental performance.

That includes runners. Why? And does it really help? 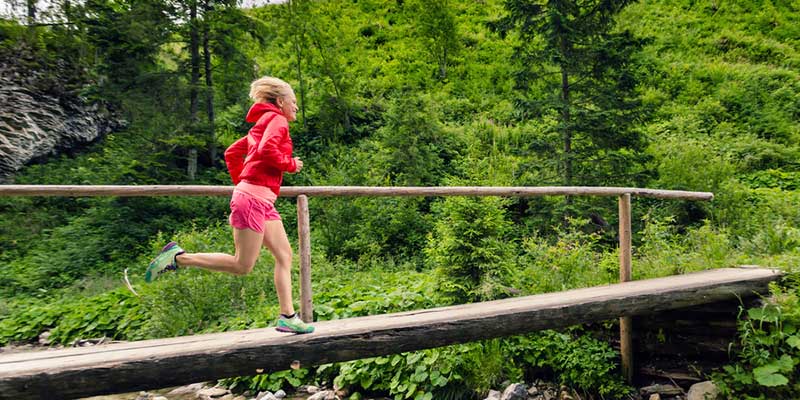 In general, the answer to this question is still anecdotal. No major studies on cannabis and athletics have yet been funded. It is easy to understand why. As of now, most athletes are penalized for cannabis use in organized sports. That may, however, be starting to change, starting with the American National Football League. The use of cannabis as a pain reliever is a major draw. Particularly if compared with opioids.

So how does cannabis impact cardio-vascular performance during exercise? And beyond that, endurance, strength and mental focus?

One thirty year old study which has suddenly gotten a bit of attention, claimed that smoking pot before working out shortened endurance.[1]

Other studies more recently also seem to suggest that cannabis might have so-called ergolytic properties. That means negatively impacting aspects of athletic performance. Among other things, it might decrease work capacity and cardiac output. In other words, heart and lung muscles won’t perform at peak capacity if you are high.

Related Article
Cannabis And Exercise? Might Be A Great Combination For You!

Nonscientific evidence however is abounding that athletes feel they perform better with cannabinoids. These include high impact sports like skiing. They also include long distance or endurance runners. Many of these athletes claim that cannabis helps them “get into the groove”. This means overcoming anxiety, fear, pain or a combination.

It can also mean better rest and repair. This starts with a good night’s sleep.

Cannabis in fact, can help on every front.

HOW DOES CANNABIS ACTUALLY HELP RUNNERS?

Running long distance requires runners to prepare for an extended period of cardiac exertion beyond the normal. This is true even when the distance run is only a couple of kilometers. It requires that the body warm up. The blood begins to flow faster as the heart begins to ratchet up its beat. As the body begins to accelerate, breath, temperature and circulation all change tempo. It would seem logical that cannabis might also help the body to slow down at the end of exercise.

If cannabinoids are in fact, a metabolic regulator, this might, at least in the beginning, impede or slightly interfere with a new gear, as it were. Perhaps cannabinoids are part of the lube to transition the body to a higher performance level. Just like a clutch in a car.

However, as the body adjusts to a new “normal” as exercise commences, could cannabinoids then help the runner maintain that higher activity over time? Including distracting the mind and soothing body pain?

Could cannabis just extend or intensify the natural endorphin rush - aka the “runner’s high?”

That for now, is the unanswered question. One of many.

Mental focus, along with physical effort is required in any athletic undertaking. Cannabis can obviously do that for many people.

Related Article
CBD, Fitness, And Exercise: Can It Help?

WHAT ARE THE BENEFITS OF RUNNING WHILE HIGH?

One fairly recent University of Sydney study sheds fascinating light on this area of research. Cannabis has a strong affinity for fat tissue.[2] Cannabis is rapidly transformed from the bloodstream into fat cells. Here it can accumulate where it can lie dormant for weeks or months.

The study looked at regular cannabis users who also exercised. These study participants worked out for 35 minutes on a stationary bike. Their intensity was high enough for fat to be metabolized as fuel. The users had also abstained from smoking overnight to ensure low blood levels of THC immediately prior to exercise.

After the exercise? Researchers found a substantial increase in blood THC levels in the users. In some cases this was even enough to make the difference between a failed and a successfully passed blood test.

What does this mean? Regular users, who burn THC infused fat, are essentially “smoking a joint” as they exercise. Or more scientifically, releasing about the same THC into their system as they would have if they had just smoked a few tokes.

Even better news? The higher BMI levels are, the more THC is released into the bloodstream during exercise.

This means that regular cannabis use, no matter when ingested, is released during fat-burning exercise. It also seems to mean that those with higher body fat release more of it with the same effort. Further the process of burning that energy in the first place comes with an extra "reward."

In terms of pain relief, for starters, it makes sense that cannabis might aid endurance. If not help runners overcome pain.

But it doesn’t stop there. After the workout is over, ongoing cannabis use in general reduces stress and improves the quality and quantity of sleep rest.[3]

Related Article
Marijuana And Its Use Among Professional Athletes

HOW SHOULD I START EXPERIMENTING?

There are several ways to do this.

The first is research different kinds of strains that tend to be highly reviewed for sports use. In general, this includes both CBD and sativa dominant hybrids.

Then try to see what the effect is when you exercise.

Here are several tips to remember.

Can CBD lead to a positive drug test?

5 tips to save your dried-out old weed

The weedtube: a new mecca of cannabis-related video content

The legend of 420: documentary review