Chillum: all you need to know about this historical pipe

A chillum is an ancient cannabis or hash pipe that can be found in the four corners of the world. Read about the history and how to use it.

Smoking hash from a chillum is a nice way to toke up. You can buy one in most head shops and they are handy to have around. A chillum is typically cylindrical or rectangular in shape and forms a cone or pyramid shape. Wider on one side, narrower on the other.

But where do this pipe and its traditions come from?

THE HISTORY OF THE CHILLUM 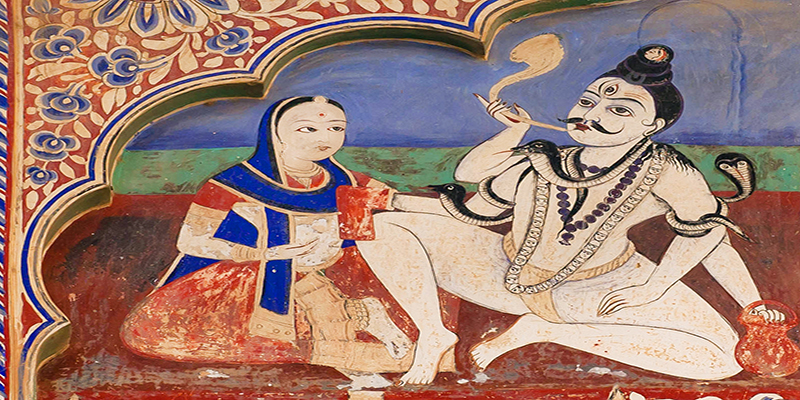 The history of the chillum, or holy pipe as it is known in some circles, is not an exact one. This relatively small smoking apparatus can be found all over the world. Some of the oldest specimens have been spotted in India, South Africa, Jamaica and several regions of South America.

Its traditional use has held steady throughout generations, recently regained new popularity and wider social adoption. These days, you still see them being used in the Rif Mountains of Morocco, Afghanistan, but just as likely in London or New York.

In some cultures, like in traditional rural India, the use of a chillum is restricted to the men only. In some cases usage is even reserved only for special or holy events and gatherings. When it is being used in these traditional events, the term “Boom Shankar” is said as the lit pipe is elevated towards the forehead. This is a form of an invitation for the Hindu god Shiva to part-take in this holy offering.

We tend to almost automatically associate chillums to the smoking of charas, the Indian equivalent to finger-hash. Charas is a hand pressed hash that tends to have a darker hue and is denser to smoke. Usually a chunk off a block is mixed with tobacco and pressed into the chillum, lit up, and this produces incredible amounts of smoke.

The chillum is generally associated with smoking hash, but it wasn’t always just used for that. During the 60’s there was a mass flux of American and European visitor-explorers to the lower East Asian regions, where they would bring chillums back as souvenirs. These hippie tourists freely experimented with all sorts of substances, typically depicting tales of esoteric adventures from these wondrous lands upon their return.

In Arabian countries back then, chillums were used more for smoking opium than hashies. In his famous novel “Flash”, Charles Duchaussois intimately depicts these rituals and mentions the chillum frequently.

At the same time, but on the other side of the world, another religion adopted this gadget for its ritualistic practices. In Jamaica, the Rastafari people use the chillum for smoking their ganja.

THE ANATOMY OF A CHILLUM

There are many variations of the traditional chillum, but usually it is a relatively thin and long pipe. The thinner end of the chillum is used as the mouthpiece, which the more experienced smoker will cover with a damp cloth, forming a filter against the smallest of debris and ash.

A chillum is usually made of wood but many prefer a clay version. Despite being more fragile, clay-made chillums are preferred for their higher cooling potential. More exotic versions made out of stone also exist but are not that practical to transport due to their weight. Nowadays, chillums can found to be made out of glass and even stainless steel and come with handy carry pouches or neat little custom storage boxes.

You may be wondering though, how is a chillum different from a regular two-dimensional pipe? The answer is in the stopper. A chillum cannot be a chillum without its stopper. This ingenious little device is designed to both prevent loose material exiting the mouthpiece, as well as forcing the air against the walls, achieving much higher cooling potential. So, to load a chillum you must first place the stopper inside, and then pack the funnel all the way to the top.

The end is then lit while at the same time small little tokes are taken to aid firing up the load. It is then customary to take deep lungfuls at a time, as you would with a bong, producing enormous clouds as you pass it along.

HOW TO USE A CHILLUM 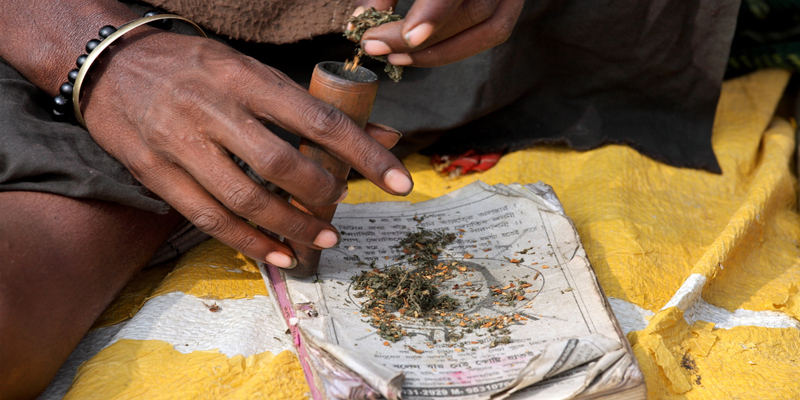 Smoking through a chillum is not for the faint at heart. Even the most experienced bong-heads will have a hard time if they decide to play hero. This ingenious piece of ancestral engineering was designed in such a way that a very large surface area, along with a great quantity of material, is lit to instantly produce vast amounts of smoke. The exiting clouds are incredibly dense and despite the excellent cooling capabilities of the chillum, it can get very hot. When you use it the first time, make sure to take caution, because you can very easily burn your lips and mouth.

Once the load goes up in smoke, it is advisable to clean it as soon as possible, especially the wooden types. Some people bang it against the tabletop to help the compact ash to come out, but this is certainly not advisable. Double so on the clay ones as they may shatter immediately due to being hot. But if you must, a trick is to fold over a large piece of cloth, lay it flat, and bang on it. The fabric will absorb some of the impact shocks while at the same time preserving momentum.

Related Article
How To Decide Which Vaporizer Is Right For You

A better way is to grab a pencil, a key, or something along those lines and remove the material. You will then need to remove the stopper. This can be a little tricky, as ash, tobacco, other residual material and even some oils and tar may clog the crevices, pressuring the stopper in. Banging can only do so much. A well-maintained chillum will have its stopper pop out relatively easy. If not, just stick something through the mouthpiece, and that will surely be more productive than banging it frenetically against the wall.

The chillum is not the most elaborate or modern in design, but kudos to those who invented it. It is brilliant in the sense that it can fit in a pocket and you can carry it everywhere. It does a fantastic job when smoked in a group, and certainly does not attract as much attention as a water bong or a colorful glass pipe. The fact is that the chillum is regaining popularity and is without question a nice addition to any serious smoker’s arsenal of paraphernalia.

Cannabis Bud Rot: How To Avoid, Identify, and Get Rid of It

The many benefits of nettle in your cannabis garden