Zkittlez delivers a taste extravaganza that will blow your senses out of the sky. Deep, rich, and incredibly rewarding, the flavors presented by Zkittlez will leave you lusting for more. Continue reading for our full review.

A sensory explosion is the only way to describe the multilayered flavor rewarded by Zkittlez. Grape Ape and Grapefruit make up the bulk of the genetics and when you take your first hit of Zkittlez, it will become clear that her fruity attributes are the result of careful and precise breeding.

However, Zkittlez has a unique twist that only accentuates her charm. A 3rd, unknown strain was also added to create the final form of this flavorsome beauty.

Cannabis breeding and our understanding of plant genetics have come a long way. Part of that process involves developing unique and enticing flavor profiles. Zkittlez breaks away from the theme of dankness that surrounds traditional strains. Instead, she seems to breath a new level of fresh, fruity life into marijuana.

Her flavors are a melting pot of berries, citrus, grapefruit, and tropical candy. Not only is she breaking new ground with her aroma and taste, but she continues to break away from the stereotypical attributes associated with indica and sativa.

AN INDICA OF DISTINCTION

There is still a hint of the body-calming attributes that have popularized the use of indica strains, but her most commanding effect is on the mind, not the body, especially when used with a vaporizer. The high is definitely as uplifting, optimistic, and boldy euphoric. Banishing mid-week blues, she elevates even the most draining activities.

She does this with just the right amount of potency too. THC content is moderate at 15–20%. The high won’t hit you like a train, but it won’t brush past you either. In a world dominated by getting otherworldly high, it is refreshing that several joints can be enjoyed without losing your grip on reality. Her balanced effects also make her great for social gatherings, creative work, or just relaxing in the evening. Being a jack of all trades is not a hindrance for Zkittlez.

GROWING YOUR OWN ZKITTLEZ IS EASY

Visually, you can expect Zkittlez to deliver the same standard as she does in flavor. This is clearly present during both the vegetative and flowering stages. Shades of green and purple will glisten under grow lights. As the time nears for her to be harvested, white, frosted trichomes become increasingly more prominent.

Thankfully, Zkittlez is a simple being. She will not punish those who make small errors during growing and isn't fussy about being grown inside or out. Buds develop as a large central cola, with smaller nugs hanging from adjacent branches. If her awesome coloring and crystalline trichomes don't catch your eye, then her morish scent will. Many strains smell good, but Zkittlez smells absolutely fantastic!

Both flowering time and yield are respectable. 7–9 weeks and 500g/m² respectively indoors, while outdoors she is best left until the end of September, with a similar quantity expected per plant. If you are still undecided as to whether you should give Zkittlez a blast, know that she also has numerous awards to her name. To coin a famous phrase, “F*ck, that's delicious!”.

Have you tried Zkittlez? 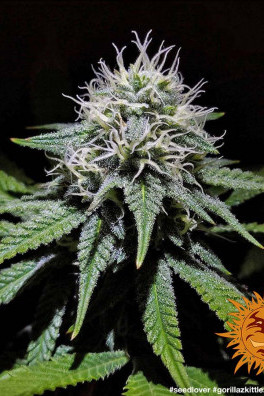 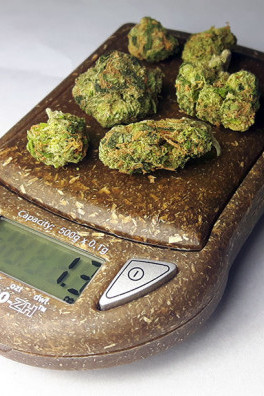 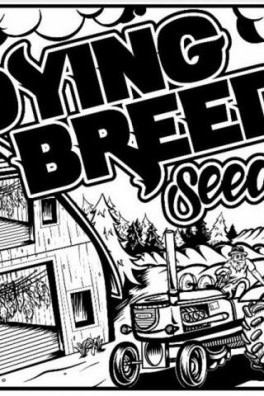 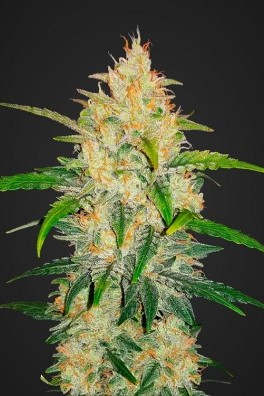