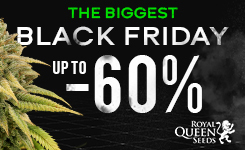 Why Is Darkness Important for Cannabis Plants?

There is always the possibility of too much of a good thing. This is true of light and cannabis plants. Though they love light, a good dose of darkness will make them even happier. Essential to many aspects of the growing process, harnessing the power of the dark cycle is key to a successful, abundant cannabis grow.

Light is a massive part of growing cannabis. When you think of a cannabis grow, you probably picture a room with huge, brilliant lights shimmering above a crop of plants. But nature loves equilibrium, and as such, cannabis loves darkness too.

In the dark, cannabis plants go through different processes than they do in the day. The length of the dark cycle tells them what time of year it is, triggering different stages in their development. Cannabis seeds cannot germinate without darkness indicating they’re beneath the soil, and darkness protects the roots of cannabis from unwanted infestations and disease.

So, to neglect the dark cycle in your cannabis grow is to neglect the plants themselves. With a bit of care, it is easy to achieve the total darkness that plants need to properly flourish. By the time harvest comes around, you’ll be grateful you made the effort.

Photoperiod Cannabis: What Happens at Night?

Everyone knows that plants photosynthesise when exposed to light. However, much like animals, they have different processes that take place during the night. It is therefore important to give your cannabis plants adequate time in the dark.

While plants photosynthesise in the day and create energy for themselves, they metabolise their stores of energy during the night. Excess energy captured during the day is not simply wasted, but converted into starch to be used in periods without light. Think of it like fat on an animal. Whether it’s essential for plants to actually metabolise this starch is not entirely clear. What is known, though (from autoflowering plants), is that cannabis plants subjected to constant light do not inherently produce better or stronger yields.

On top of this, photoperiod cannabis plants determine how they should grow depending on the amount of light they detect. In the wild, they tend to sprout in spring and early summer, spending the long summer days growing beneath the powerful light of the sun.

When the days begin to shorten, with less than around 14 hours of light, this triggers the flowering stage—when females produce flowers and males produce pollen sacs. By messing with these photoperiod rhythms, it is possible to keep the cannabis plant in a perpetual vegetative stage, reverse it back to veg from the flowering stage, induce early flowering, or kill it. Generally, a plant will not reward an unpredictable light cycle.

How Much Darkness Does Cannabis Need?

Your choice of whether to grow photoperiod or autoflowering strains will determine how much light your cannabis crop needs. Autoflowering strains contain ruderalis genetics, which causes them to follow their own internal clock rather than the cadence of the seasons. This means they don’t require a specific light/dark cycle. But more on this shortly. Below, we’ll describe the light requirements for photoperiod weed plants at specific points in their grow cycle, before moving on to autoflowers.

This falls between the seedling stage and the flowering stage. More or less as soon as the seedling has sprouted above the earth, it enters the vegetative stage. At this point, it will focus on growing upward and developing leaves for photosynthesis.

Most commonly, indoor growers will employ an 18/6 light cycle during this time. That’s 18 hours of light and 6 hours of darkness (over 24 hours). This tells plants to remain in the vegetative stage, and gives them plenty of light with which to photosynthesise and produce energy for growing.

A minority of indoor growers will use the 6/2 light schedule during the vegetative stage. This means that plants undergo three periods of light and dark each day. The stated benefits are that it prevents light stress and allows your grow room/tent to cool down. More contentiously, some claim that it allows plants periods of rest.

Though it doesn’t harm plants, it’s unclear whether they actually benefit from it. On the whole, it’s probably best to stick to the tried and tested methods, and ones that are more in line with the natural processes you’re ultimately trying to mimic.

To force cannabis plants to enter the flowering stage, the light schedule must shift to 12 hours of light and 12 hours of darkness (12/12). This mirrors the shortening days of autumn, and tells the plants that winter is coming and it’s time to reproduce before the cold kills them off.

At this stage, it’s very important to stop light leakage into the grow room during the dark cycle. If the plants sense longer days, they may revert back to the vegetative stage, and this can seriously affect the quality of the final crop.

Though by no means essential, many growers will give their plants around two days of complete darkness prior to harvesting. Although it’s not entirely clear whether it’s true, it seems that this darkness causes a final burst of cannabinoid and terpene production in the plant. Combined with flushing in the final week of life, these two methods can really give some polish to your final flowers.

Why does this happen? Nobody knows. One hypothesis posits that as cannabinoids are used to protect the plant from, among other things, UV rays, they become spent under the light—so during the night, it replenishes them. This is given credence by the fact that cannabis plants exhibit the highest levels of cannabinoids at the end of the night, and the lowest at the end of the day.

Whatever is happening, at this stage your plant is almost done, so it’s unlikely to cause any negative effects.

The story with autoflowering plants is a little different. As they follow their own clock, light exposure will not cause them to enter or remain in particular stages of development. Nevertheless, they still need light for fuel, and darkness for rest. It’s just that the duration of each cycle need not be specific.

The most common light cycle for autoflowering plants is 18/6 from start to finish. This provides them with ample light for growth, but also gives them some downtime. Some growers will also follow a photoperiod light schedule, switching to 12/12 during the flowering stage. But in this case, the light is following the plant, not the other way around.

Some growers opt for constant light (24/0). Whether this yields better or worse results is unclear, but marijuana plants do seem to manage with it. Although, we do not recommend it, as not only do the plants not get a dark cycle, but it's expensive, risks light burn, and is likely to cause a big buildup of heat.

When Should I Turn the Lights Off?

This depends on you. Whatever your light schedule is, it is going to constitute day and night for your plants. The most important thing to bear in mind is that you are going to need to get in there with them pretty much every day, and you can’t be doing that in total darkness. If you want to get in during their dark period, you'll need to use a green light. Best to just avoid this, though.

Therefore, it seems sensible to keep them in darkness while you’re sleeping. Or at least make sure there’s plenty of overlap between their waking day and your own.

The Importance of Avoiding Light Leaks

With photoperiod plants, it's very important to make sure that their dark cycle really is dark. “Dark-ish” will not suffice. It needs to be black as night for them. Light pollution from street lights, lamps in your house, or any other light source can all be enough to make them think it’s still daytime.

As mentioned, light leaks can stop your plant from flowering, cause it to cease flowering, or a number of other ill effects. One of the major possibilities is for them to become intersex, or hermaphrodites. When female cannabis plants suspect they are in a poor environment, they will develop both male and female sex organs so that they can pollinate themselves, increasing their chances of reproducing. While this is an incredible natural function, it’s not conducive to a bumper crop of high-quality bud.

If you’re growing in a grow tent, it should block out all external light anyway. If it tears, a simple bit of duct tape should be enough to seal the hole. If it’s not, maybe it’s time to invest in a new one.

If growing in a greenhouse, throwing a light-blocking tarpaulin over the top should keep your plants in darkness.

For those growing outdoors, it can be beneficial to artificially deprive your plants of light to induce flowering earlier. The main reason to do this is if the oncoming autumn is likely to be cold and inhospitable to your plants. In that case, you may want them to finish earlier than they naturally would.

If growing outdoors, you’re mostly at the mercy of the seasons. However, there are light deprivation techniques you can utilise, such as placing portable structures over/around your plants to throw them into darkness. However, these are fairly advanced, and for the average grower, a big ask. If growing outdoors in pots, another option is to bring them inside for their dark period. Though, with a big crop of heavy plants, this will become very tiresome without a fairly streamlined setup.

Though they don’t yield so well compared to photoperiods, autoflowering plants are the simplest option for growers who need to time their crop for an earlier harvest date. The genetics in autoflowering plants (ruderalis) developed in the cold reaches of Siberia and surrounding regions, so they evolved specifically to beat the seasons and complete before the arrival of winter.

Darkness and Other Cannabis Plant Parts

It’s not just the leaves that need some darkness in their lives. For certain parts of the plant, light is actually a hindrance, and so they should be kept in perpetual darkness.

Darkness is essential to the germination of cannabis seeds. Seeds exposed to sufficient darkness will assume that they are buried in soil, and that it's time to germinate. They also need moisture and the correct temperatures to do this.

It’s impressive that cannabis seeds (and other seeds) can actually detect light. They do this using a pigment called phytochrome. When it is exposed to light, it undergoes changes. A mere few minutes of light is enough to trigger these changes and stop it from germinating. So cannabis seeds need a prolonged period of darkness (enough to know it’s not just night) before they will open.

To maintain the health of your roots, it is essential to keep them in darkness. As many organisms, such as fungi, thrive in light, roots are exposed to many more dangers if they are lit. Of course, there are many organisms that can affect them in the dark too, but light will invite even more pests to play.

Fortunately, knowing this, most pots are made to be opaque and block out all light. So the only instance in which roots may be in light (deliberately) is in some hydroponic setups. But this is another matter entirely.

Cannabis and the Importance of Darkness

So, cannabis plants need the dark as much as they need the light. Not only is darkness an inherent part of photosynthesis, but it tells the plant when to flower, the seed when to open, and keeps the roots safe from pests.

Getting the dark cycle right in your cannabis grow is the other side of the coin to getting the lighting right. If you can get both right, you’ll have yourself some happy, healthy, and generous plants.

How to set up the perfect cannabis grow room

The 4 components of a grow room hid lighting system

How much light for autoflowering cannabis plants?