For a long time, it was argued that the chronic use of cannabis killed brain cells. Today, there is a growing consensus that that isn’t true. In fact, some studies have shown that the compounds in cannabis can actually protect brain cells and even promote neurogenesis.

It’s no secret that our opinions toward cannabis use are changing. As the legalisation movement gains momentum, the stigma around cannabis, its use and effects is slowly being challenged by new insight into the plant and how it interacts with our bodies.

However, let’s not forget that cannabis use received a vast amount of criticism for a very long time, with people claiming it makes you lazy, stupid, and even crazy. One of the most common claims about the negative effects of cannabis use is its effect on the brain.

So, where exactly did the idea that cannabis kills brain cells come from?

The argument that cannabis use kills brain cells made headlines in the 1970s. These claims were based on research by Dr. Robert Heath of Tulane University Medical School, New Orleans.

The US government funded the cultivation of cannabis in the 70s in order for the drug’s effects to be studied in various institutions across the US. The effects of the drug were studied on animals, and Dr. Heath’s research focused specifically on the effect of cannabis use on rhesus monkeys.

While Dr Heath was at the head of a variety of studies throughout the 1970s and 80s exploring the effects of cannabis on monkeys, his most famous study was conducted in 1974. It involved forcing rhesus monkeys to consume roughly 30 cannabis joints per day for 1 year. The study claimed that after just 90 days the monkeys began to atrophy and die.

Dr Heath concluded that brain damage was the cause of death of the monkeys. He did so after counting the brain cells in the test monkeys and the control group (who didn’t consume cannabis), and noticing that the monkeys that consumed cannabis had noticeably less brain cells.

Based on these findings, Ronald Reagan, then governor of California, was quoted saying that “the most reliable scientific sources say permanent brain damage is one of the inevitable results of the use of marijuana.” This famous quote appeared in in the LA times in 1974 and went on to fuel years of criticism of cannabis and its effects.

THE TRUTH BEHIND HEATH’S MONKEY STUDIES 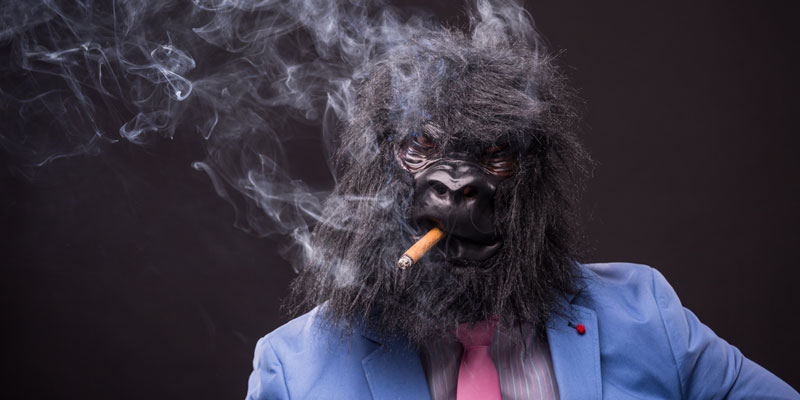 Today, the infamous Heath/Tulane study that made headlines in 1974 has been widely discredited. After 6 years of constant requests, details on how the study was conducted were finally revealed.

Dr Heath forced his test monkeys to consume the smoke equivalent of over 60 cannabis joints in just 5 minutes via a gas mask daily for 3 months instead of 30 joints per day for 1 year (as he had reported).

Because the monkeys were exposed to so much cannabis smoke with no additional oxygen, they were essentially being suffocated daily for 5 minutes. One of the first consequences of suffocation is the death of brain cells due to a lack of oxygen, which is exactly what Heath observed and wrongly attributed to the effects of cannabis.

Since 1974, 2 other studies have examined the effect of cannabis use on monkeys; one by Dr. William Slikker of the National Center for Toxicological Research and the other by Charles Rebert and Gordon Pryor of SRI International.[1]

Both studies tracked the effects of daily cannabis use on monkeys for a year, and neither found any evidence that cannabis use caused any physical alteration in the brain.

COULD IT MAYBE BE THAT CANNABIS PRESERVES BRAIN CELLS? 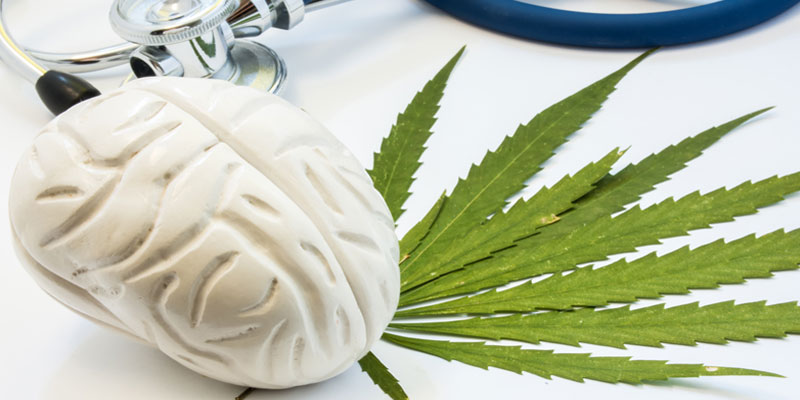 We know now that the Heath/Tulane study that made headlines in 1974 and went on to fuel one of the biggest criticisms of cannabis use was extremely flawed. Further research into the area has also failed to prove that cannabis kills brain cells.

A 2003 literary review of 15 previous studies on marijuana and cognitive function, concluded that cannabis didn’t seem to produce any permanent brain defects.[2]

The study analyzed results from over 1,000 test subjects (both cannabis users and non-users). It concluded that, while cannabis users are more likely to experience issues with memory and learning, these effects were only temporary.

Research from the University of Colorado also produced similar results. Researchers from the university analyzed brain image scans of marijuana users and non-users, looking for any physical changes or abnormalities. The study, published in 2015, showed that cannabis users didn’t show any physical changes in major areas of the brain.[3]

In fact, new research has even shown that, instead of causing brain damage or changing brain anatomy, certain compounds in cannabis may actually help stimulate the growth of brain cells.

In 2005, researchers from the University of Saskatchewan in Saskatoon, Canada, turned the age-old claim that weed kills brain cells upside down.[4] They found that the administration of synthetic cannabinoids (designed to mimic the effects of THC and other natural cannabinoids) could actually stimulate brain cell growth.

The researchers observed that the synthetic cannabinoids stimulated the growth of new neurons in the hippocampus of rats. They also noted that the application of these cannabinoids also helped reduce anxious and depressive behaviour in the animals.

Since 2005, many more studies have surfaced producing similar results and hypothesis.

Studies have shown that certain cannabinoids, most notably THC and CBD, have unique neuroprotective properties. This has made them the subject of countless trials, and even suggests that they could play an important role in the treatment of a variety of neurodegenerative diseases like multiple sclerosis, Alzheimer’s, Parkinson’s, and more.

Studies have also shown that both THC and CBD can help manage the growth and spread of brain tumors, especially gliomas.

It’s not often that we get to be certain about something in the cannabis world. After all, while it seems that a lot of research is going into understanding the cannabis plant better, we’re only just beginning to scratch the surface.

However, while our knowledge of cannabis is far from complete, it is safe to say that cannabis doesn’t seem to kill brain cells. In fact, the study that essentially gave way to this argument has been discredited as extremely flawed.

What are the effects of cannabis on memory?

How to make your own cbd-infused bath bombs

Why we prefer cannabis over marijuana