History has provided the cannabis community with countless figures renowned for their use of cannabis or their support of the substance for recreational, medical, or spiritual reasons. Eagle Bill is one of these figures, renowned for his avid support of cannabis, close collaboration with Sensi Seeds, and invention of the first ever vaporizer.

WHO IS EAGLE BILL?

Eagle Bill Amato was a cannabis activist/spokesperson. He was born in Cleveland, Ohio, but moved to the Netherlands in 1993. He is part Cherokee Indian and has referred to himself as a “reefer refugee,” escaping cannabis-related charges in the US.

Eagle Bill is often referred to as the father of the modern vaporizer, and is considered a major player in promoting vaping as a “healthy way to get high.” Bill Has spoken at cannabis cups across the world, and even held a position at the Hash, Marihuana & Hemp Museum in Amsterdam, where he would provide tours and information about cannabis and vaporizing, an even let users try vaporizing firsthand.

Related Article
The Advantages Of Vaporizing Marijuana Over Smoking

Despite being an avid supporter of the medical benefits of cannabis, eagle Bill has been skeptical of medical marijuana programs like that of The Netherlands. Speaking at the 17th Cannabis Cup, Bill argued that the Dutch system charged medical patients more for cannabis than the regular coffeeshops, seeing that patients had to pay for prescriptions and buy cannabis at pharmacies at inflated prices.

Eagle Bill has openly admitted to selling cannabis to his local tribe in the US and acting as the tribe’s cannabis shaman. His name comes from his time as a shaman, when he would “fly” around his reservation on a Harley Davidson and sell cannabis to other tribe members.

While supporting cannabis use across the board, Eagle Bill especially promoted the medicinal properties of the plant. His first hands-on experience with medical cannabis was in the 80s, when a friend of his undergoing chemotherapy experimented with cannabis to treat the adverse effects of his treatment and condition, such as nausea, pain, and vomiting. 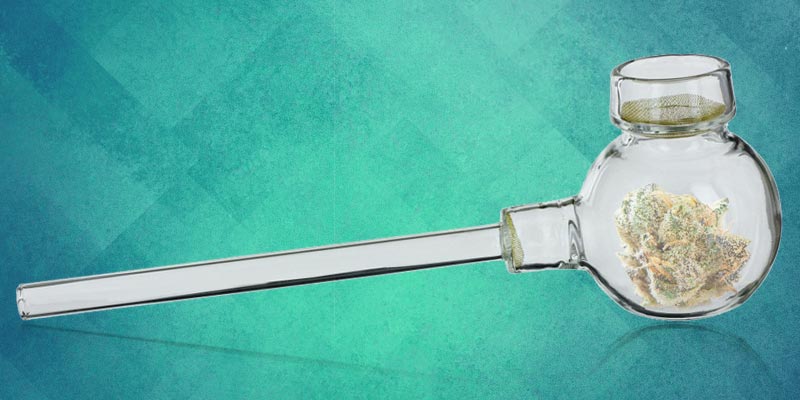 Eagle Bill is often credited with creating and marketing one of the first vaporizers to hit the market. The Eagle Bill Shake N’ Vape is a simple vaporizer made from glass with a similar shape to a pipe. Users simply pack cannabis into the the bulb and heat the bottom with a lighter. To stop the cannabis from combusting, users have to shake the vaporizer, which is where it gets it’s name from.

Eagle Bill, while promoting new vaporizer technology, often criticized it for being too expensive, speaking particularly about models like the Volcano. Hence, he marketed the Shake and Vape as the world’s cheapest vaporizer. And while he admitted that it was “a pain in the ass to use,” he was proud that it made vaporizing easy and accessible for everybody.

Thanks to his invention of the Shake N’ Vape and promotion of vaporizing, Bill went on to become the second person to receive a Cannabis Culture award. He has vaporized with a wide variety of celebrities, including Willie Nelson, Cypress Hill, and even Paris Hilton.

Eagle Bill worked extensively with the team at Sensi Seeds. In 2016, Sensi Seeds released a Eagle Bill cannabis strain to honour the memory of Eagle Bill as a medicine man, cannabis activist, and grower.

The strain combined a wide variety of genetics, including Pure Haze, Colombian, Thai and Jamaican varieties. The result is a potent, 70% sativa hybrid known for producing very uplifting effects designed to leave users sociable and motivated to get on with a variety of tasks, including everything from creative pursuits to sport.

The plants are fast growers and big yielders, and are best suited for outdoor grow environments in warm, mediterranean climates.

Unfortunately, there is not a lot of information available about Bill other than his legacy as the Father of Vapor. Here are some fun facts about this colourful character who, despite his death in 2005, continues to be an inspiration to the cannabis community across the world:

Want to improve your high? Eat a mango

Smoking weed with aluminium can pipe: a bad idea?