The process of using gamma irradiation on food to prevent the spread of food-borne illnesses and preserve foods has long been controversial, despite the fact that many countries allow it. Now, to add to the controversy, medical marijuana producers in countries like Canada and The Netherlands use gamma irradiation to sterilize their cannabis.

WHAT IS GAMMA IRRADIATION?

Gamma irradiation is the process of exposing a substance to radiation via gamma rays. It has multiple different uses, including:

The use of irradiation is extremely controversial. Activists, such as the Organic Consumers Association and The Food Commission generally argue that irradiation damages the quality of food by breaking molecular chains and creating free radicals, which can then combine to create a variety of toxic substances. They also argue that irradiation can cause foods to lose up to 85% of vitamins as well as their natural digestive enzymes, making them harder to digest by humans.

Activists and spokespersons against irradiation also argue that there is insufficient evidence to suggest that a long-term diet of irradiated foods is safe for humans. Studies on animals fed irradiated foods have also shown increased tumors, reproductive failures and kidney damage, which do little to strengthen the argument in favor of this process. 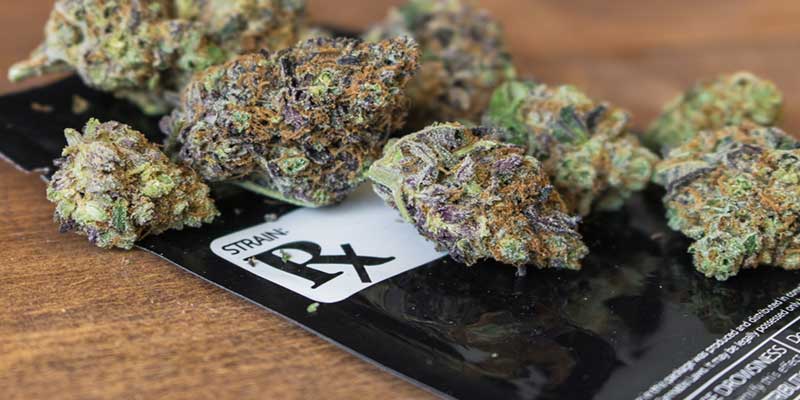 Gamma irradiation is used to treat medical marijuana in a variety of countries, including The Netherlands and Canada.

For example, the irradiation process is used by several licensed producers under Health Canada’s Marihuana for Medical Purposes Regulations in order to ensure they adhere to the strict standards surrounding biological impurities in medical cannabis. In The Netherlands, medical cannabis producers like Bedrocan also use irradiation to adhere to their government’s safety standards.

Activists, skeptics, and regular cannabis users, however, tend to think differently. In general, they argue that gamma irradiation is unsafe and can potentially damage cannabis by ridding it of cannabinoids and terpenes. New research, however, suggests that isn’t the case.

Arno Hazekamp, Head of Research and Education at Bedrocan International BV, the main producer of medical-grade cannabis in The Netherlands, recently explored the effects of gamma irradiation on marijuana.

Hazekamp’s study looked 4 different strains of medical cannabis produced by Bedrocan both before and after the irradiation process. The study was particularly interested in changes to cannabinoids, terpenes, and moisture content. The strains were assessed visually and also underwent standard GC and HPLC cannabis potency testing.

The study found that there was no change to THC and CBD concentrations in any of the strains after irradiation. There was also no change to moisture content. The effect on terpenes is debatable; only a few terpenes were completely destroyed, while the exact ratio of terpenes in each strain only changed moderately.

The main terpenes affected were the monoterpenes myrcene, cis-ocimene and terpinolene, and the sesquiterpenes gamma-selinene and eudesma-3,7(11)-diene. Hazekamp noted that the terpenes were reduced but that no new compounds were formed in the cannabis due to irradiation, suggesting that the terpenes are evaporated during the process.

WHAT ARE TERPENES AND WHY ARE THEY IMPORTANT? 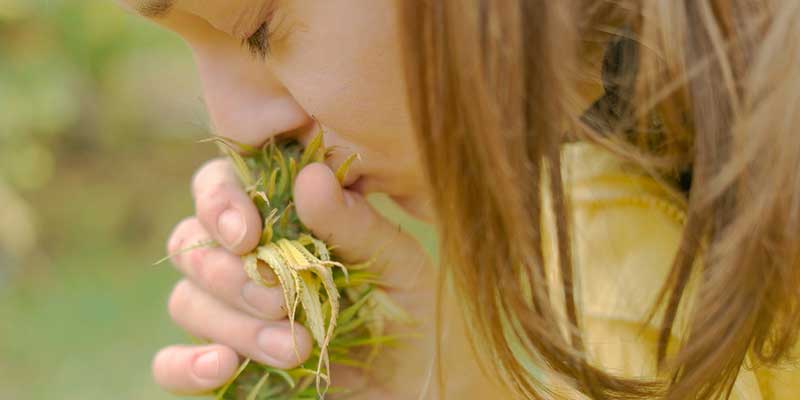 Before exploring Hazekamp’s research in more detail, it’s important to have a basic understanding of terpenes and why they’re important to medical cannabis.

Terpenes are found in the essential oils of plants and fruits, including everything from oranges and lemons to thyme, lemongrass, hops and, of course, cannabis. They usually have really strong aromas, and are responsible for giving certain plants their distinct smells. They may also help to protect plants from herbivores.

Terpenes, just like cannabinoids, have also been shown to have important medical benefits. Myrcene, for example, has been shown to have significant anti-inflammatory and anti-catabolic effects. Limonene, on the other hand, has been used to relieve heartburn and shows potential in preventing various types of cancer.[1][2] Pinene also has anticancer, anti-inflammatory, and antiseptic properties.

Cannabis contains a vast variety of terpenes, including those listed above and many more. In conjunction with cannabinoids like THC and CBD, terpenes are believed to be increasingly important in understanding the medical potential of cannabis. Therefore, any process that results in a loss of terpenes is concerning.

GAMMA IRRADIATION AND TERPENES: WHAT DOES SCIENCE SAY?

Hazekamp’s research is the first to effectively look into the effect of gamma irradiation on cannabis, and shows that the irradiation process may destroy some fragile terpenes while altering the concentration of others. These findings go hand in hand with previous research on cilantro, which also suffered similar terpene damage after undergoing gamma irradiation.

However, Hazekamp points out that the damage caused to cannabis by irradiation is about the same as that of leaving a bud sitting on the table for about a week. It’s important to remember that terpenes are naturally fragile, and can be destroyed by smoking, vaporizing at a high temperature, or cooking. Terpenes can also be lost during decarboxylation, a process used in the production of edibles and concentrates in order to “activate” cannabinoids prior to extraction.

It is important to always be critical about this kind of research. Hazekamp, after all, is part of Bedrocan BV, one of the biggest medical cannabis producers in the world who is known to use gamma irradiation on their products. Expecting him to wave a red flag and suddenly denounce gamma irradiation would be like expecting the owner of Philip Morris to suddenly denounce smoking.

Plus, there is a growing consensus among cannabis users that irradiated weed doesn’t exhibit the same taste, smell, and/or effects as non-irradiated cannabis. A quick Google search for “gamma irradiation cannabis,” for example, pulls up countless forums where users express their concerns about gamma irradiation and the effect it has on their weed.

Related Article
What Is Terp Sauce And How Is It Made?

CO₂ whole plant extraction is probably the latest development in the cannabis industry, and is focused on extracting as many terpenes and cannabinoids from cannabis plant matter as possible while minimizing damage to fragile compounds (like terpenes). However, some CO₂ systems still use heat and are therefore sure to eliminate some terpenes in the process.

Hazekamp argues that, for now, gamma irradiation is the best way to ensure medical cannabis lives up to government standards and remains a safe, reliable product and his research seems to support that. However, we believe further research is needed, preferably by an independent party.

In the meantime, we invite users to try both irradiated (like that produced by Bedrocan) and non-irradiated cannabis side-by-side and decide for themselves whether the irradiated stuff really lives up to their expectations.

How to check if your weed is contaminated

How to flush cannabis: Everything you need to know

5 essential tips for maximizing light in your grow room

What is the importance of a high calyx-to-leaf ratio?

Why do street dealers sell more indica than sativa strains?