Dr. Lester Grinspoon is an Associate Professor Emeritus of Psychiatry at Harvard. He is highly regarded for his support and research of cannabis.

Lester Grinspoon is an Associate Professor Emeritus of Psychiatry at Harvard Medical School. He is also a renowned cannabis activist and has openly declared his support for medical marijuana while strongly opposing prohibition.

Dr Grinspoon first began researching cannabis in the 1960s. He became interested in the substance after it became increasingly popular among the younger generations, and was convinced it was a harmful substance.

“At that time I had no doubt that it was a very harmful drug that was unfortunately being used by more and more foolish young people who would not listen to or could not believe or understand the warnings about its dangers,” Grinspoon wrote in Marijuana Reconsidered. 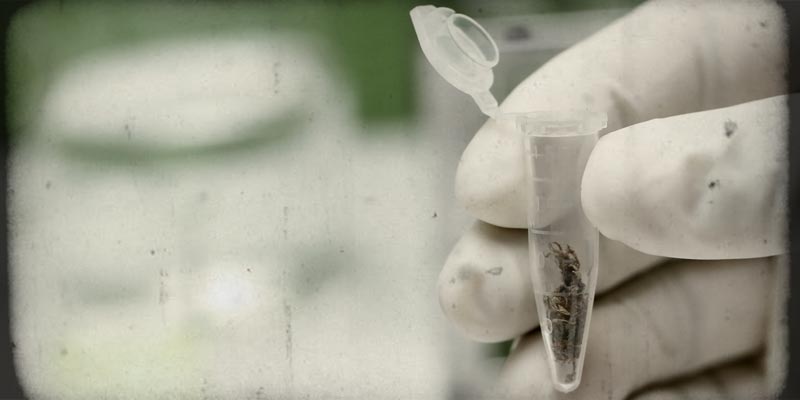 He soon found that most of the opinions he had about cannabis were based on false information. In fact, Dr Grinspoon even went so far as to say that he had been “brainwashed” into thinking cannabis was dangerous despite his training as a scientist, researcher, and academic.

At the time of Grinspoon's research one of the big concerns about cannabis was that it could cause schizophrenia in chronic users. Dr Grinspoon specializes in schizophrenia and has since said on numerous occasions that there is not enough empirical evidence to suggest these claims to be true.

“In fact, you can find as much literature about how cannabis is useful for schizophrenic patients as [literature that argues] it’s harmful,” said Dr Grinspoon in an interview. He also couldn’t find evidence to support the dangers of cannabis projected through government material such as the infamous Reefer madness film of the 1930s. 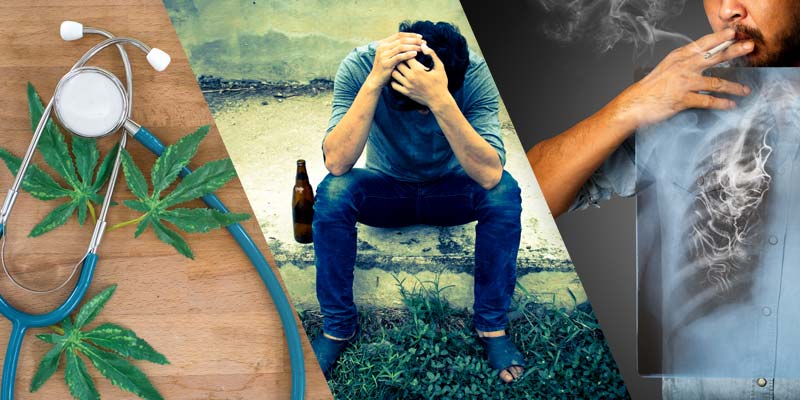 After 3 years of research, Dr Grinspoon concluded that marijuana was much less harmful than alcohol or tobacco and that no harm it may cause could warrant the arrest of young people for using it.

“The most harmful thing about it was not any inherent psychopharmacological property of the drug, but rather how we as a society were treating the people who use this drug,” Dr Grinspoon said.

Since beginning his research into cannabis in the 60s, Dr Grinspoon has gone on to write or co-author various publications about cannabis and other psychoactive substances.

Arguably his most famous work is Marijuana Reconsidered, which he first published under Harvard University Press in 1971. As the title suggests, the book covers Dr Grinspoon’s changing views on cannabis brought about by his research.

Other popular titles by Dr Grinspoon include:

Despite these publications, Dr Grinspoon also runs 2 websites. The first, Marijuana: The Forbidden Medicine provides a wide variety of anecdotal evidence (over 1000 accounts) about the medical use of cannabis. The second, titled Uses of Marijuana, provides information on the many different ways cannabis can be used and allows people to submit essays about the enhancing, therapeutic, exploratory, and expansive uses of cannabis rather than focusing specifically on medical or recreational uses for the drug.

Dr Grinspoon is a father of 4. His oldest son Danny was diagnosed with acute lymphocytic leukemia at just 10 years old. Danny underwent chemotherapy treatment regularly to help manage his condition, but the treatment left him struggling with extreme nausea and vomiting.

The two were obviously tempted to experiment with cannabis to see whether it offered Danny any relief. However, Dr Grinspoon was against the idea due to the illegal status of the drug and the repercussions that buying/using it might have on him and his family.

Despite this, Betsy went out on a limb one day and scored some cannabis off her son’s friends in a high school parking lot and used it together with Danny before his next session. The results were remarkable; after just a few tokes, Danny seemed unusually relaxed, happy, and, most importantly, not in the least sense nausea's. In fact, he wanted to stop for sandwich on the way home from the treatment because he was hungry.

For the next year or so, Danny used cannabis regularly to help relieve the adverse effects of his treatment. “Because his quality of life was so much better, so was ours. We no longer had to see him suffering,” said Dr Grinspoon.

Despite seeing the positive effects cannabis had on his son, Dr Grinspoon still didn’t experiment with marijuana himself. This often lead people to question his legitimacy and invalidate his claim to expertise on the subject, but despite constantly facing the question, Dr Grinspoon avoided experimenting with the drug out of fear it would impede on his role to objectively reporting and analysing the drug and its effects.

However, after publishing his book in 1971 and once again being aggressively questioned about his personal experience with the drug by a legislative committee, Dr Grinspoon decided the time had come. At an upcoming party at Cambridge, he and his wife joined a few of their friends as they smoked a joint. Dr Grinspoon was 44 years old at the time.

He recalls his first experience with weed as nothing short of disappointing. As his colleagues slowly got stoned, he and his wife struggled to feel any different. It was only their third time smoking with cannabis that they finally managed to feel that promised “high” they’d heard everybody rave about.

“The first thing I noticed after smoking was the music. It was Sergeant Pepper’s Lonely Hearts Club Band… It was for me a rhythmic implosion; a fascinating new musical experience,” said Grinspoon of his first “high” experience.

“In my next recollection of that evening Betsy and I and another couple were standing in the kitchen in a circle, each of us taking bites out of a Napoleon… The most memorable part of the kitchen experience was the taste of the Napoleon. None of us had ever, in our whole lives, had such an exquisite Napoleon,” he said.

LESTER GRINSPOON: CANNABIS AS A MEDICINE AND ENHANCER

Since his first “high” Dr Grinspoon has come to use cannabis regularly both as a recreational drug, as a medicine, and as an “enhancer” of some sort.

On his Uses of Marijuana website, Dr Grinspoon writes:

“Some ten million Americans smoke marijuana regularly. Millions more use it occasionally. But why, exactly? I know that some people use marijuana as a medicine, while others use it simply to “party.” But between these two poles are many other uses and effects that might best be described by words like enhancing, therapeutic, exploratory, expansive, and so on.”

In today’s discussion about cannabis, we often get too focused on the medical and recreational (or “party”) uses for this substance. Through his research and work as both an academic and activist, Dr Grinspoon has shown that the uses of cannabis go much further than masking pain or getting us “high” and that the fact that weed can simply make us feel good should be an important part of the global cannabis discussion.

Trichomes on cannabis plants: what are they and why are they important?

How to check the quality of cannabis seeds