Cannabis is one of the most impressive and versatile plants that nature has to offer. It can be used for medicinal purposes and recreational reasons.

Cannabis is also one of the most controversial plants. A worldwide ban in combination with a flood of wrong and / or incomplete information has put this plant in the wrong place for many.

Ever imagine weed that tastes like your favourite chocolate bar? Your dream is a reality—there are many cannabis strains with a delicious chocolate aroma. Check out our top 10 list of chocolate cannabis strains to read all about the different varieties, and you will be whisked away to Willy Wonka's factory once the high sets in!

9 Tips for when you're too high/stoned

How are cannabinoids made?

Big or small hits: Which are better for smoking weed?

How to make CBD oil at home

How to make CBD and cannabis tea 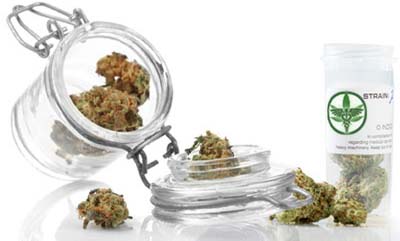 For people who use cannabis for medicinal purposes, it is advisable though  to work with strains of which the cannabinoid percentages, such as CBD and THC, are known. Or have the strain tested for its cannabinoids content if you have the possibility..

In the last few years a lot has changed when it comes to cannabis and legalization around the world. Cannabis is on the road for its 'Worldwide Legalize Tour' and it looks like this tour will not end anytime soon.

Despite all the positive messages about legalization, we are certainly not close to the finish line. All inhabitants combined from the states and countries that fully legalized marijuana comes just above 100 million people.

With a world population of 7.5 billion, this means there are still 7.4 billion people who have to look over their shoulder to a greater or lesser extent when they walk across the street with some weed in their pocket.

The dried flowers (buds) of cannabis is what most people think of when cannabis pops to mind. The look and smell of a beautiful bud that has been carefully cultivated and which had plenty of time to dry and cure, is something that many cannabis enthusiasts will wake up for at night. 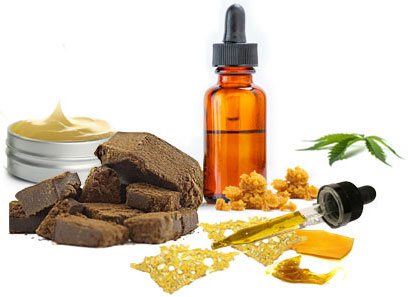 All other forms of consumable cannabis are a concentrate (extract). Traditionally hash, or hashish, is the best known concentrate of cannabis. Nowadays, other types of concentrates quickly gain popularity. These concentrates can be produced in various ways and are available under different names, such as: 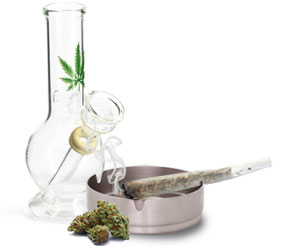 Smoking is still by far the most popular way to consume cannabis. The joint, blunt, pipe and bong are inseparable from the assortment of the cannabis smoker. Don't forget your lighter like we did in the image above. 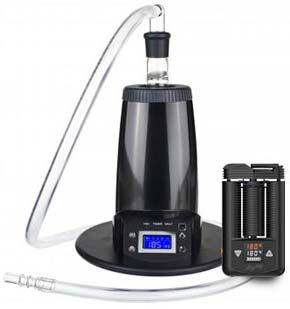 With vaping a lower temperature is used compared to smoking. Because of this lower temperature, the active substances of cannabis will evaporate instead of being burned. Vaping is a healthier alternative to smoking and also a lot more efficient. There are many different vaporizers on the market and are becoming more and more popular every day. 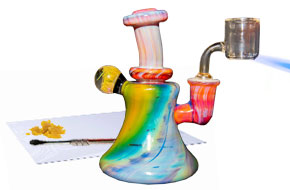 In the case of dabbing, a bong with a special attachment is used; a nail. This nail is heated with a torch lighter, after which a small amount of concentrate, a 'dab', is placed on the nail. The released smoke is inhaled. Marijuana dabbing is often very strong on the mind and for some even too strong. So beginners, take it easy. 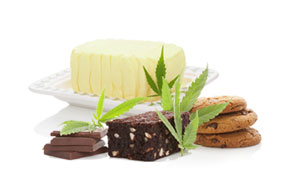 Weed brownies have been around since the rise of modern cuisine. If you know how to make cannabis butter, you are already well on your way to becoming a good 420 chef. Consuming edibles can take a long time before the first effects are noticeable. 30-60 minutes is quite normal, but sometimes even 120 minutes is reported. Not everyone takes this into account, so be careful if you plan to take another portion. 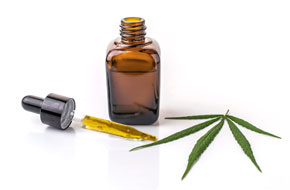 Sublingual means 'under the tongue'. This method is mainly used by people who use cannabis for medical purposes. One or more drops of cannabis oil or tincture are dripped directly under the tongue. The active substances end up directly in the bloodstream. Depending on the person and (quality of) the oil, the effects are often noticeable within a few minutes.

In some situations an ointment may be the best solution.

Let's not forget about hemp and hemp seeds!

When we talk about the use of cannabis, we must not forget that cannabis, or in this case 'hemp' can also be of tremendous value for industrial purposes.

Related Article
What Is Industrial Hemp Used For?
Read More