Cannahoney: can bees be taught to make honey from weed?

A French beekeeper claims to have trained his bees to make honey from marijuana plants to combine the medical benefits of the two. Check it on CannaConnection

A French beekeeper and marijuana activist calling himself Nicholas Trainer-bee has made headlines in the past, claiming to have trained his bees to make honey from cannabis plants. He took to Youtube and social media with photos and videos to prove he managed to make all-natural cannahoney. In some photos and a video posted on Youtube you can see his bees eagerly scouring over a bunch of live female cannabis buds.

We all love honey, but most of us like marijuana even more. So could this be the world's first all-natural cannabis edible and a perfect way to find a way to love bees a bit more? Or is this just a hoax?

Nicholas claims to use marijuana medicinally as it helps him to control his hyperactivity. At a younger age his condition got him into trouble in school and eventually forced him to drop out altogether. As he began to learn more about the medical potential of cannabis, he was eager to combine it with honey, as honey contains several antioxidants and flavonoids, which are said to help to reduce the risk of some cancers and heart disease. 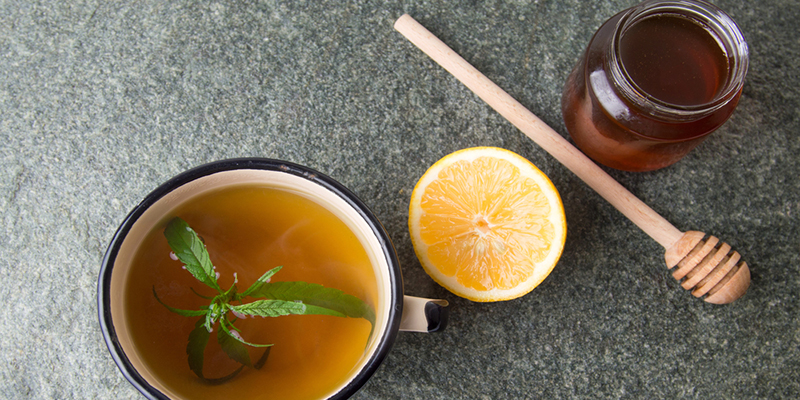 Nicholas claims he succeeded in combining the two and has his bees producing cannahoney. Sounds good right? But what exactly is this cannahoney and what effects does it produce?

Well, it’s difficult to say. Nicholas himself claims the honey produces similar effects to regular cannabis, but the honey hasn’t actually been tested for its cannabinoid and terpene content. He says it has a lovely floral aroma that’s slightly reminiscent of the plant used to produce it. The colour of the honey can change from light green, white, or yellow.

Another obvious plant trait that attracts bees is floral nectar. This is what the bees use to make honey (not pollen). Whether cannabis plants produce floral nectar is unclear; there is only one account that says they do that comes from a 1970s book by John Free titled Insect Pollination of Crops.

According to some other beekeepers, male cannabis plants are capable of producing pollen that bees may use as a food source as a last resort. But that doesn’t help to explain Nicholas’ video, which clearly shows the bees attracted to flowering female cannabis plants. 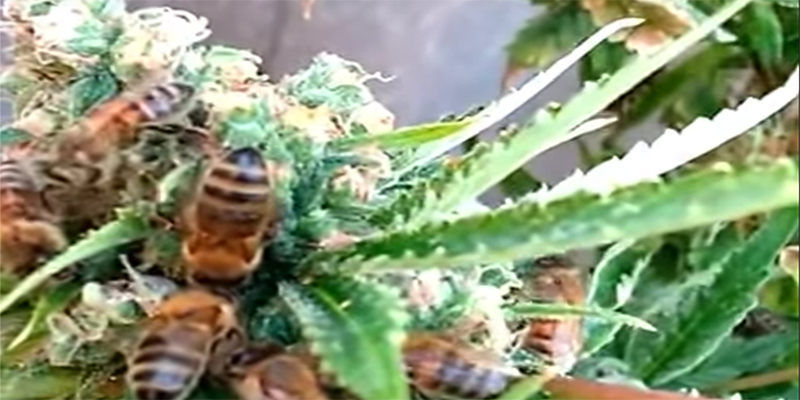 So, how did he manage to get his bees so buzzed about his weed plants and use them to produce honey? Well, Nicholas says he trained them to extract resin from the plants, though it isn’t quite clear how. Since cannabis resin is built up in the trichomes of the cannabis plant (the tiny, frosty hairs found on the buds, stems, and leaves of the plant), Nicholas’ explanation seems to suggest he has managed to train his bees to forage these trichomes despite the fact that they wouldn’t naturally do so.

According to Mary Wendy, a beekeeper ánd grower, Nicholas’ claims are a hoax.

After seeing Nicholas’ video’s on social media she made a video of her own, claiming Nicholas must be spraying sugar water on his plants to make the bees look like they are licking the female cannabis plants.

“I’ve been beekeeping since 2010, but I've been growing cannabis since 1996,” Mary claims on her youtube channel. ”Nicholas must be stoned to think that his bees make cannabis-honey for him!”

Nicholas though, claims to have faced some challenges throughout this process, as some people were scared he’d be getting his bees “stoned”. However, he was able to dismiss these concerns, as research has shown that bees and other insects don’t have an endocannabinoid system and therefore cannot process cannabinoid the same way humans can.

Nicholas currently has over 30 beehives, which he uses for his cannabis project. But because he is living in France, he still struggles against prohibition and it is unclear when his honey will become commercially available.

Well in any case, we can’t wait to try this cannahoney. In the meantime, you can have a look at both Nicholas’ and Mary’s video’s below.

8 ways to grind weed without a grinder

How to store cannabis seeds the best way