Why many women are swapping their wine for weed

Marijuana is no longer a taboo for women. Many are starting to put down the bottle and pick up a vaporizer for a healthier way to relax. Find out why.

For now, alcohol is still more popular than cannabis, but that's expected to change one day. But will there be a day when women will prefer to close the day with some soothing weed over a good glass of red wine or bubbles?

Cannabis industry analysts Eaze Insights released their State of Cannabis Data Report, which contained some fascinating data about whether it is men or women who are buying more weed these days.[1]

According to their statistics, women have been smoking at increasing rates over the last few years. Not only have the ladies been buying more and more weed every year, but it's actually expected that female cannabis consumption will one day surpass that of their male counterparts.

IS WINE REALLY AS HEALTHY AS IT'S MADE OUT TO BE? 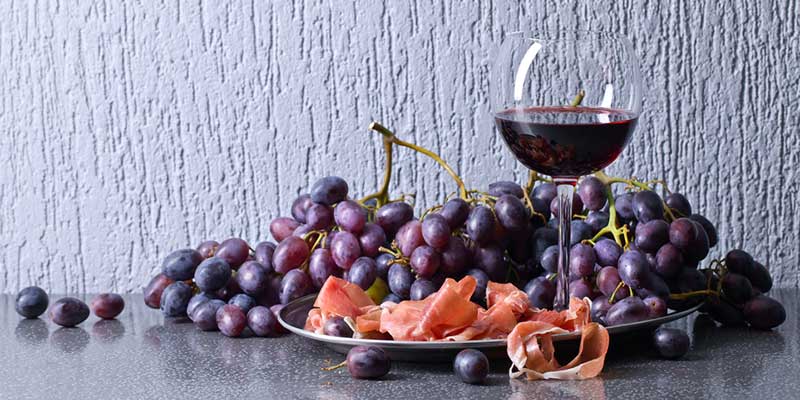 Whether you're drinking hard liquor straight or just a little bit of wine and beer throughout the day, alcohol dehydrates the body, regardless of its form. This leads to bloating and less healthy skin and hair. Many women prefer organic wine because it has lower alcohol content and no additives, but even drinking too much of that can leave you with too much sugar and sodium consumed for the day.

Sugar in alcohol has a different effect on the body than sugar in sweets. Expert nutritionist Dana James offers an explanation for this:

"There’s a pervasive myth that wine is all sugar. But, this isn’t true. The sugar is converted to alcohol during the fermentation process. It doesn’t elevate your fat storage hormone, insulin, but if you eat fries and dessert with it, that’s what will cause the weight gain.”[2]

Of course the type of wine you drink matters too. Red wine is touted as a healthy antioxidant, and it's definitely a better option than white wine, especially if you're trying to control your appetite. However, there are drawbacks to red wine too. Red wine causes the body to release histamines, immediate flushing, flare-ups of inflammatory skin conditions like rosacea, and even worsened hangovers are all possible issues.

THE SLIPPERY SLOPE TO ALCOHOLISM

In a study published by the American Journal of Public Health shows that over the last decade, men's binge drinking increased only 4.9%, while women's rates increased by a staggering 17.5%.[3] Women today account for nearly 60 percent of wine purchases, which is why alcohol companies are increasingly, and successfully, marketing more to women.

It usually begins with a glass of wine or a mixed drink at the end of the day to unwind. However, what starts out as a harmless way to relieve stress, can undoubtedly turn into a struggle with alcohol dependency further down the road.

Eventually, one drink just won't cut it anymore. There is a lot of pressure on women in this day and age to be the best — child-rearing and being an engaged mom, cultivating a happy marriage, tackling household duties, and building a career — which contributes to this drastic rise in female binge drinking.

Alcoholism doesn't just swoop in and take over quickly; it's slow and progressive, hitting unsuspectingly and leaving some people unaware that they even have a problem. According to Dana James, "two to four glasses of wine per week isn’t going to impede weight loss, damage your skin, or cause other health concerns. But drinking more than that will."

If you're looking to make the switch, it might actually be easier than you think. Weed has been reported to help people handle withdrawal symptoms from alcohol, anti-depressants, anxiety pills, sleeping medications, and more. If you happen to be taking any of those and also drinking, you could likely wean yourself off of everything all together and only use safe, all-natural marijuana for stress relief.

Not to mention that from a cultural standpoint, cannabis use is becoming much more accepted amongst women. Celebrities, entrepreneurs, and even a growing number of women in the Christian community are swapping their wine for weed, at least according to Today's Christian Woman magazine.

Not only is weed less taboo these days, but it's also known to contain its fair share of anti-aging properties. Beta-caryophyllene, a lesser-known cannabinoid, has been shown to combat the effects of free radical damage to the skin, reverse inflammation without negatively impacting the brain, and even treat common skin conditions like acne, eczema and rosacea. A lot of cosmetic companies are starting to experiment with cannabis-based skin creams and makeup items.

So if you're ready to ditch the liquor, there's no better time than the present to try cannabis. With the many variations of products available such as edibles, topicals, oils, and of course, good old-fashioned flowers, there's truly something available for everyone to enjoy.

10 inspiring books for cooking with cannabis

Less is more: how to properly dose cannabis

You can now 3d print your own bong!

How to store weed the best way