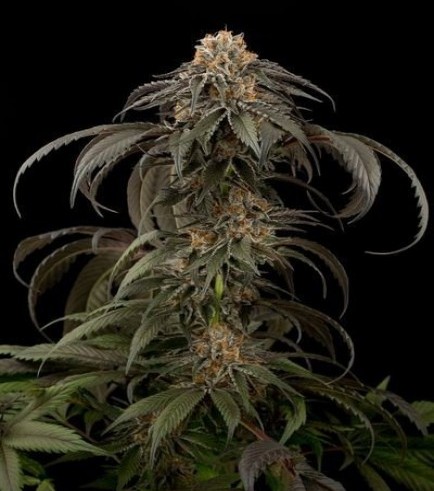 This particular hybrid comes from the legendary Emerald Triangle region of Northern California, an area, that got its name from the three heaviest producing cannabis counties in the US and possibly the world. While not a pure indica, it tends to hold about an 80/20 ratio for most phenotypes, and has all the characteristics you would expect. Relaxing, soothing, and possessing an incredible fruity flavor, Afghan Purple Kush will catch the attention of all your mates with its amazing color, potency, and delicious flavors.

The sweet and fruity aroma given off by Purple Afghan Kush goes well with the incredibly calm and peaceful effects of consuming it. The one thing, that everyone can agree on, is the heavily fruit-laden terpenes, that permeate the strain. What people can't agree on, is what fruit it tastes like. Some say pineapples, some say grapes, and some say good old fashioned apples. Either way, if sweet aromatic flavors are your thing, Purple Afghan Kush may be right up your alley.

Indicas have a reputation for being the relaxing “stoner” type of marijuana. This strain in particular is great at maintaining the indica stereotype, with a heavy body buzz and a more soothing head high. I wouldn't try to run a marathon after giving Purple Afghan Kush a try. Odds are you are going to want to take a swing in a hammock, or doze off while listening to some music. THC content has tested at a range of between 15 and 21 percent, and while it doesn't contain an abundance of CBD, coming in at around 1-1.5%, it has just the right balance of cannabinoids to relieve whatever is ailing you.

As with many other indicas, people have found, that Purple Afghan Kush is an incredible alternative to popping pills to take care of your aches and pains. Purple Afghan Kush has been one of many strains, that have incredible relief properties. People have used this strain to overcome a number of chronic ailments, including muscle spasms, nausea and the pain of arthritis.

Another incredible property of Purple Afghan Kush is, that it is higher in CBN than most strains, or cannabinol. CBN's primary effect on the body is to cause muscles to relax. It is also great at quelling anxiety, which makes Purple Afghan Kush a great strain for those who want to get elevated without having to deal with becoming overwhelmed.

HOW TO GROW PURPLE AFGHAN KUSH

Before you get started, know that Purple Afghan Kush is used to thriving in drier and hotter conditions than normal. If you're concerned about overwatering, be sure to throw some perlite into your soil, to help keep your plants a little drier.

Being from an arid climate, you'll want to keep your humidity down, as higher humidity levels will surely choke your plants and their progress. This isn't an overly difficult strain to grow, but keeping an eye on the basics, like your climate, is a must. If cared for properly, purple afghan kush can produce quantities of up to 500 grams per square meter, or as much as 800 grams per plant outdoors.

You can grow Purple Afghan Kush outdoors or in a greenhouse, however, if you do, you need to make sure you are not overwatering or allowing the weather to affect your grow. Your best bet is to give this a shot indoors, where you can better monitor and adjust the climate to meet the plant's drier needs.

Purple Afghan Kush doesn't get too tall, typically staying at or under one meter in height when grown indoors. Size-wise, it is known for adapting to its environment. Outdoors it can reach heights of over two meters. It has a tendency to be bushy, especially if topped more than once.

The buds will be a dark green early on in the flowering phase, however, they will lose chlorophyll and take on a distinct purple hue as you get closer to harvest. Buds along the central stalk will not form a single dense cola, instead there will be some spacing between the nodes, reminiscent of a Girl Scout Cookie or similar strain.

PURPLE AFGHAN KUSH AT THE CUPS

Grow your own Purple Afghan Kush

Purple Afghan Kush genetics are present in the following strains: 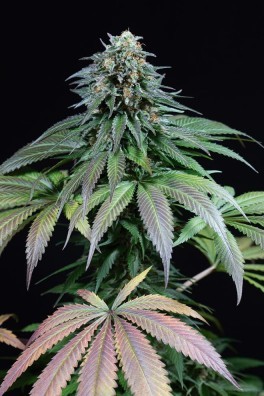