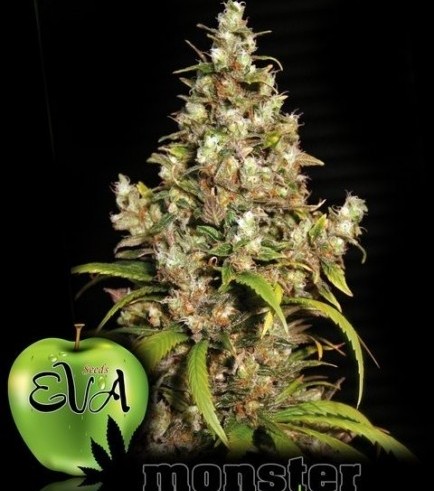 Monster: truly lives up its name

Monster is a fast growing strain that offers some very impressive yields. The strain is a hybrid that features 20 percent indica genetics and 80 percent sativa genetics, making it more of a stimulating than a stoning smoke. Monster has quite an impressive genetic lineage and was birthed from the crossbreeding of Mexico, Colombia, Meao Thai, Uzbekistan along with G13 Hash Plant genetics. This combination has created a strain that offers a moderate and tame high. The resin production that this plant offers is so vast that it emerged victorious as an award winner at Spannabis 2009.

The high generated from blazing up some Monster is definitely exaggerated by the sativa genetics present within the plant. This sativa dominance leads to the expected head high accompanied by a buzz caused by uplifting, motivating and happy feelings. Monster carries an interesting aroma with it that is unleashed when a lighter is applied to a bong bowl full of the dried strain. Scents that emerge from smoking Monster are associated with wood and spice.

Monster doesn’t generated an overwhelming high that will melt the user into the couch, it is quite functional and ideal for playing games, firing up some interesting conversation and philosophizing.

The buds produced by this strain feature a high quantity of trichomes, which in turn makes it ideal for creating hash. Additionally, the strain is a good option for making oils, extracts and tinctures out of that can generate a quick and discreet high on demand.

When growing Monster, growers can expect the strain to thrive both indoors and outdoors. If growing the plant indoors it will remain at quite humble heights, peaking at around 120 cm and providing roughly 100 g of flowers per plant. If you decide to grow this strain outdoors within a garden bed when it gets to really spread its roots, it may very well life up to its name and become a true monster, peaking at the enormous heights of 400 cm. Be prepared to equip yourself with some ladders or suitable tools in order to harvest this strain when it is allowed to release its full potential, you may be harvesting a yield of around 2800 g per plant.

Monster will be ready to harvest around mid October is cultivated outdoors. The flowers from this strain offer a THC content of around 17 percent. The flowering time lasts between 65 to 70 days.

Grow your own Monster 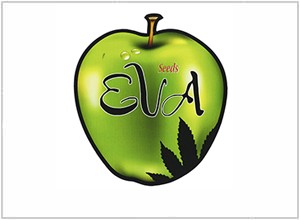 Eva Seeds
No reviews yet, be the first!