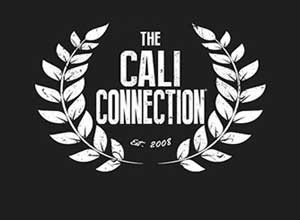 Cali Connection is a seed company associated with breeders from both the northern and southern areas of California. Cali Connection embarked on a quest with a very specific and powerful intention, to provide the world with some of the best genetic that California has to offer, in the form of cannabis seeds. Over the years they have won massive amounts of High Times Cannabis Cups to further their validity.

Cali Connection is the second oldest supplier of cannabis seeds in the United States of America, led by Edward “Swerve” Clarizio, and founded in 2008. However, Swerve has been in the game longer, providing genetics and clones since 2003 via "Swerve's Cuts", which eventually evolved and blossomed. Swerve views cannabis as a medicine and has first hand experience with it for multiple eye diseases. His journey led him to breed the most effective strains he was capable of. Now his company provides incredible genetics to the world.

The proof really is in the pudding with this company. They have won a great deal of awards over time for the yield that there hard work has created. For example Cali Connection has won the 2011 High Times Cannabis Cup in Amsterdam coming in 1st place for "Best Hash" with Tahoe OG Kush. They also scored 1st place in 2013 for "Best Hybrid" won with Girl Scout Cookies.

All strains by Cali Connection