About weed hangovers and what you can do about them

Oh the joys of waking up in the morning with a splitting headache, being all nauseous and just feeling all-around really, really shitty! Most of us will likely have experienced at least a couple of those horrible hangovers that make you regret the night before. But what about hangovers from smoking weed? Are they real? Some say they don’t happen while others say they are very real indeed.

If you wake up with a hangover after a night of partying hard, in the best-case scenario you may perhaps just feel a bit off. But if you have a really bad case of bodily party aftermath going on, you may well spend the rest of the day vomiting, accompanied by a headache of epic proportions.

We’re talking about those types of nasty hangovers that you can get from one of those careless extended drinking sessions where you ended up dancing the Lambada and doing body shots off your best friends wife. It might be a sign that you had an epic night, but these are the types of hangovers you would not even want to wish for your worst enemy.

Short: A hangover really isn’t something pleasant. At all.

The good news is that the people who do believe that weed can cause a hangover, claim that they are usually a bit more mellow.

SCIENTIFIC STUDIES ABOUT WEED AND HANGOVERS

As it is almost always the case in the field of cannabis research, little scientific work had been done on cannabis hangovers. But in this case there have been at least a couple of studies, and we have something to go by rather than only having to rely on anecdotal reports without any scientific base behind them.

One relatively known study about cannabis and hangovers has been published in 1985.[1] A small group of 13 people had been given marijuana joints and placebos and had to undergo some standard tests. After a full night’s sleep, the subjects were tested again.

The conclusion of this study suggests “marijuana smoking can produce residual (hangover) effects the day after smoking. The precise nature and extent of these effects, as well as their practical implications, remain to be determined.”

Yes, you'd be right to think that we didn’t really learn anything there, even if the study concludes that these findings are significant.

The next “major” study, with a very small sample group of only 10 people, has been conducted in 1998 where at that time the researchers found that smoking a single joint has only minimal residual effects.[2]

There is a lot to criticize and to question when it comes to these studies. From the (far too) small group sizes used, to the fact that most cannabis smokers who say they get hangovers, get them only when they smoke more than a single joint.

DO ALL TYPES OF CANNABIS CAUSE HANGOVERS? 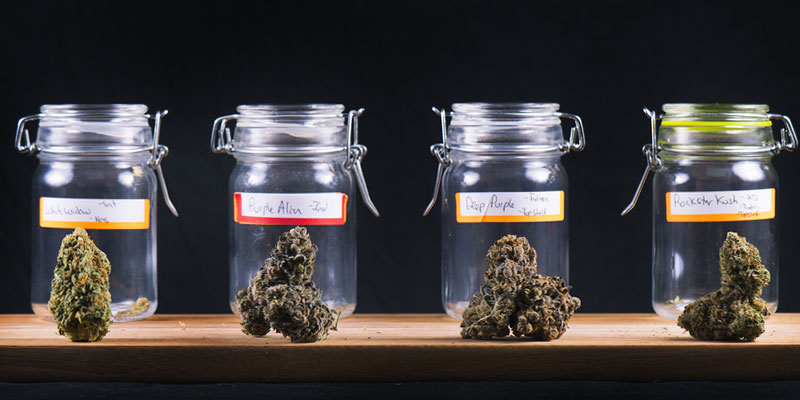 With the studies done so far not being exactly informative, there is at least one thing that we can possibly take away from them: In order to produce a weed hangover, a person probably needs to smoke a little more than just a small amount or a single joint.

As a cannabis enthusiast you will likely know that smoking weed doesn’t affect everyone in the same way. Not only are there different types of marijuana strains that can vary in their effect and their active components such as THC, some folks can blaze away the whole night, while others may have a very low tolerance and can even get stoned from just looking at a joint. So if you want to be on the safe side and you really want to avoid a possible weed hangover, the first thing that you should do is take it easy.

Related Article
Why Does Weed Affect Me Differently Than My Friends?

It is noteworthy that most people who reported a case of weed hangover got them after consuming edibles or cannabis concentrates. The classic joint doesn’t seem to cause them, at least according to anecdotal reports.

Then again, this might also be something to be better taken with a grain of salt. We know that it is much easier to take too much cannabis with edibles and concentrates as calculating the dosages are a bit trickier. So the reported hangovers here may simply be from someone who has taken too much according their tolerance level.

Edibles usually kick in a lot later than smoking cannabis, and last a good bit longer as well. So another explanation might be that folks who take edibles may still be high when they wake up and mistake their “symptoms” from still being a bit high for some sort of hangover.

Related Article
How To Calculate Dosage With Cannabis Edibles

WHAT ABOUT WEED HANGOVERS FROM DEHYDRATION?

One of the main causes of a classic hangover from excessive drinking is dehydration. Now, common sense would say that smoking weed also causes dehydration because when we smoke weed, we tend to get a dry mouth. The dreaded cotton mouth that any weed lover probably knows so well.

The interesting thing here however is that despite common misconception, smoking weed doesn’t cause dehydration. The infamous cotton mouth feeling is actually caused by a lack of saliva. Recent studies in this area found that THC, one of the psychoactive cannabinoids in marijuana, binds to cannabinoid receptors which just happen to be everywhere in our body, including the saliva glands. There, the THC in cannabis is thought to block the nerve impulses responsible for producing saliva.

Even with smoking cannabis in all likelihood not causing the dehydration that could cause a hangover, it is of course important to stay hydrated nevertheless. So drinking plenty of water can still go a long way and might, who knows, even help decrease the symptoms of a possible hangover.

WHAT ARE THE SYMPTOMS OF A WEED HANGOVER 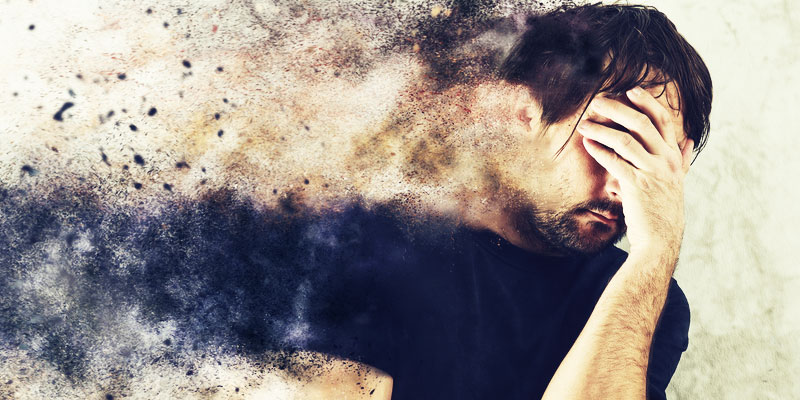 Like with a “real” hangover, the symptoms of a weed hangover are varied. They can range from feeling fatigued and sluggish, headaches, to red and dry eyes, to some serious nausea. Again, all we can go by here is what some smokers have reported, and these symptoms may well not be all what they seem to be.

Related Article
What Exactly Is The Cause Of Dry Mouth When Smoking Weed?

If you feel fatigued from a night of some too much blazin’, the best thing you can do to get better in the morning is to take a cool shower and go for a walk. Some say that coffee helps them to get into gear with a weed hangover as well. Stay hydrated by drinking plenty of water will also help here.

If you wake up with a pounding headache and you think smoking too much weed caused this, there are some things that can help. Over the counter medicines like aspirin, ibuprofen or acetaminophen is helping those plagued by hangovers for a long time already and they can also help with this.

If you’re not that much into pills, you can also try cold compresses or temple massages to get rid of your headache.

The old stereotype of stoners having red and dry eyes is not that wrong for a change. The reason for these symptoms is that cannabis increases the blood flow to the eyes. Having a spell of dry and red eyes when you smoke weed is actually pretty normal and not something to freak out about. If your dry eyes bother you somewhat longer than you’d like then you can try some re-moisturizing eye drops.

Related Article
Cannabis And Red Eyes: Why Is That And What Can You Do About It?

Aside from a pounding headache, nausea is probably the second-most unpleasant symptom reported as a weed hangover. It’s unlikely that you wake up feeling nauseous and the first thing that you’d want is some hearty meal, but nevertheless try to eat something. Keep it easy and stick with gentle foods only. Also make sure that you drink plenty of water to stay hydrated.

A lot more scientific studies need to be done when it comes to cannabis and its after effects. Weed hangovers included. But until that happens, all we can do is go by anecdotal reports on what may cause them and how to cure them. If you do experience weed hangovers, it might make sense to first of all decrease your dosage next time to try to prevent them.

Is your high feeling low? Try a marijuana tolerance break

How to germinate cannabis seeds

Snowboarding and cannabis - a perfect marriage?