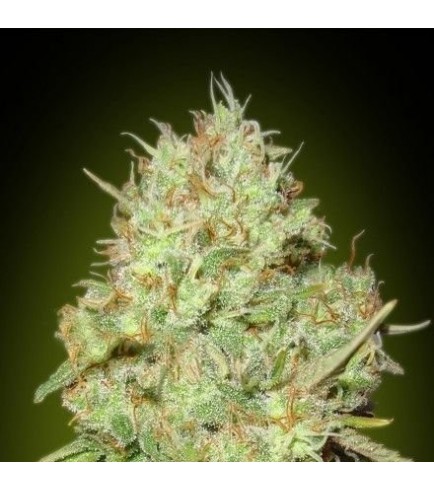 Shark Widow is a hybrid cannabis strain. It is a mostly indica strain and is highly regarded as the closest it gets to a pure indica. The strain is a cross between Shark and White Widow.

Shark Widow is known for being a particularly powerful strain. Its average THC concentration clocks in between 15 to 20%, usually sitting somewhere around 17%. The strains almost pure indica genes are very obvious in the effects it produces; expect deep, fully body relaxation that leads to sedation in medium to large doses. This strain doesn’t produce many noticeable cerebral effects and is known to leave even the most seasoned cannabis users couch-locked and slightly lethargic with just a few tokes.

Medical marijuana patients are most likely to turn to this strain for pain relief thanks to its strong physical effects. Other might also find it handy in curbing stress-related symptoms or anxiety, as well as insomnia and other sleep-related issues. Shark Widow is generally reserved for night-time use when users don’t need to be productive.

This strain boast a nice, well-rounded aromatic profile. A fresh batch of these buds will give off a very potent, pungent smell characterized by intensely sweet, fruity aromas. The taste is similarly sweet and fruity, although some users may also notice some mild earthy, or even spicy undertones.

Shark Widows displays really obvious indica characteristics when grown indoors. These plants tend to have short internodal spacing and a strong central umbel, making for short, yet bulky plants. The plants grow really drastically during the early vegetative phases and quickly develop into stocky bushes. The average height for indoor Shark Widow plants is 75-90cm, and yields average about 300-400g/m². Outdoors, these plants can reach heights of over 150-200cm.

Shark Widow flowers in as little as 55 to 65 days. Growers will notice that these plants start producing thick trichomes right at the beginning of their bloom cycle, eventually developing into tight, dense, and frosty buds by the end of the cycle. Buds are usually bright green in colour and, typical of a good indica, will be short yet very tightly compressed.

Grow your own Shark Widow 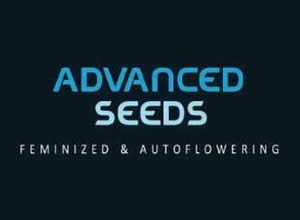 Advanced Seeds
No reviews yet, be the first!