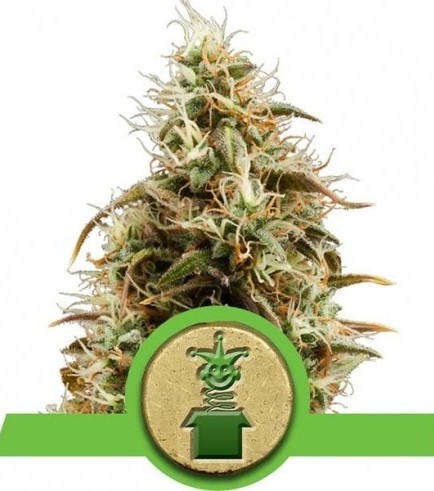 Jack Herer was a legendary pro-legalization warrior. He was famous for his cannabis activism, and his book “The Emperor Wears No Clothes”. After he passed away in 2010, a sativa dominant strain was named after him. Breeders decided to make an autoflowering version of his legacy, and voilà, Royal Jack Autoflowering came to light.

Indoor growers receive 350-400g/m² of buds, while outdoor ganja operators receive about 70-120g/plant. From seed to harvest, Royal Jack Autoflowering finishes its growth cycle in 9-10 weeks. This autoflower can be grown in virtually any climate.

Grow your own Royal Jack Autoflowering