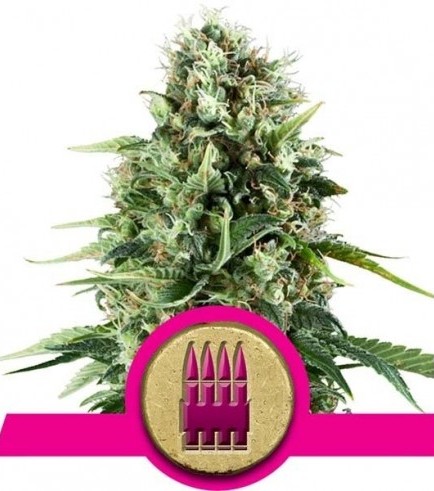 Royal AK is an excellent representation of the cannabis strain AK-47. Known for its soaring effect and high yields, it's a mostly sativa strain that has been upgraded from the original. Although slightly harsh on the throat, it has a spicy aroma and pine-wood taste that bears testament to its sativa dominance.

Effects aren't paralyzing in the least bit; instead, users feel mentally stimulated and also physically relaxed after blazing. What makes this strain popular is the fact that it is easy and straightforward to grow. While its buds are relatively small in size, they remain dense and are covered in resin by the end of the flowering period. Not only that, buds will release intense scents around harvest time, so grower beware.

Grow your own Royal AK