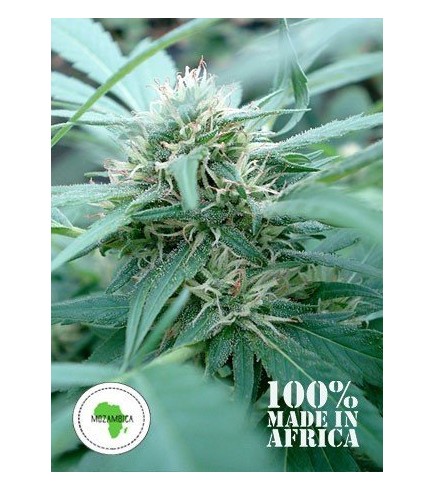 This sativa-dominant strain is considered a landrace variety, which developed on the coast of Mozambique. Soaring and uplifting highs can be experienced from this tropical strain. Local healers call Mozambica “nbanje” or “soruma,” which is made into a canna-tea and consumed to help relieve various ailments.

Mozambica is a very vigorous strain because it adapted to two seasons. The first season spans from October, the wet season, until March when cyclone activity is common. The second season spans from April until September, which is the dry season. Mozambica often grows wild among other plants, which impacted its essence. Mozambica can become quite tall and develops long buds - a classic sativa trait.