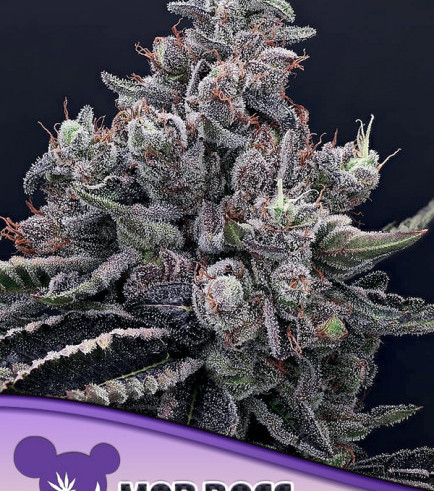 The creation of Mob Boss was a thorough breeding process that took several generations to complete. The strain has been perfected and stabilised over the years with two goals in mind: potency and high yields. By crossing a Chemdawg D with a Tang Tang and breeding them over several generations, the variety that emerged drips with potency, containing approximately 28% of THC. Mob Boss is a 40% indica and a 60% sativa and it generally develops two slightly different phenotypes, both highly resinous and packed with fruity terpenes. Thanks to its thick layer of crystals, Mob Boss is an excellent choice to make concentrates.

Mob Boss boasts a rich and fruity terpene profile. Its most prominent aromas are those of forest fruit and berries, promising a moreish experience when smoked or vaped. If you choose to use this variety in your favourite cannabis recipes, it will add a certain vibrancy and a unique depth of flavour to the final product. The two phenotypes of Mob Boss deliver different effects, one leans towards a powerful, psychedelic experience, while the other offers a clear and energising cerebral high. Overall, the strain soothes both the mind and body.

This variety thrives in hydroponic setups and plants respond well to training techniques such as ScrOG. Mob Boss is bound to please the growers with its excellent yield potential and the different phenotypes keep things interesting. Plants that exhibit a more stocky growth pattern need about 60–65 days to mature their flowers, while those that are taller require another 5–10 days to be ready for harvest. In optimal conditions, either phenotype can churn out superb yields, with up to 800g/plant outdoors and 700g/m² indoors. Harvest time for those who grow outdoors is in early October.

Grow your own Mob Boss 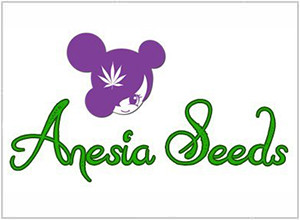 Anesia Seeds
No reviews yet, be the first!