Top 10 most popular strains in Germany

It turns out that Germans have very good taste in cannabis. The country certainly loves the herb, but which strains have seen the most use within the nation? According to our statistics, we have received over 7 million page views from Germany within the last 2 years alone. The 10 strains below have been the most viewed, indicating some of the most popular strains within the country. 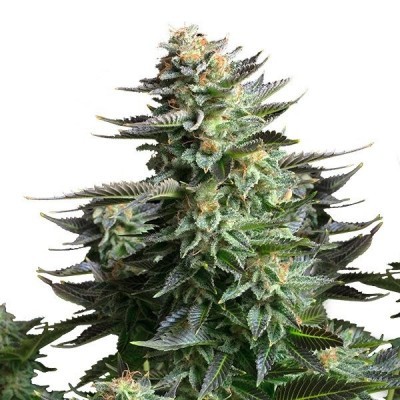 Amnesia Haze is by far one of the most popular strains within the Central European country. This sativa-dominant variety is a mix of Jamaican, Afghan, Laotian, and Hawaiian genetics, and houses sky-high THC levels of between 22–24%. This potency leads to long-lasting head highs that are uplifting, euphoric, and cerebral. Many users describe the stimulating and intense effects as almost psychedelic. These flowers make for an ideal daytime smoke when focus and creative inspiration are required.

Amnesia Haze has a medium growing difficulty and offers good yields both indoors and outdoors. She has a flowering time of between 12–13 weeks. 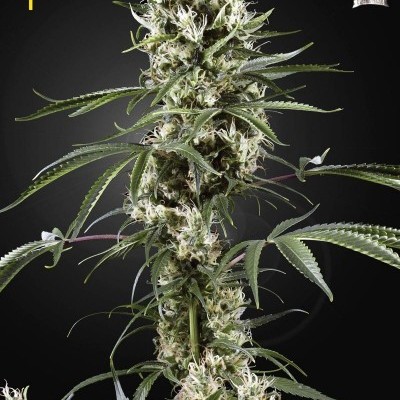 It’s not too hard to understand why this variety has become so popular in Germany. This tall and lanky strain produces flowers loaded with 19% THC along with terpenes that provide refreshing and zesty tastes of lemon and other fruits. Her sativa-heavy genetic makeup was passed down to her via parent strains Lemon Skunk and Super Silver Haze. From this breeding project, she has gone on to win many awards for her energetic and cerebral high, including 1st place at the ExpoGrow-Irun during 2013.

Super Lemon Haze grows to tall heights and puts out a yield of 1200g/plant when grown outdoors. She is ranked with a medium growing difficulty and has a flowering time of 10 weeks. 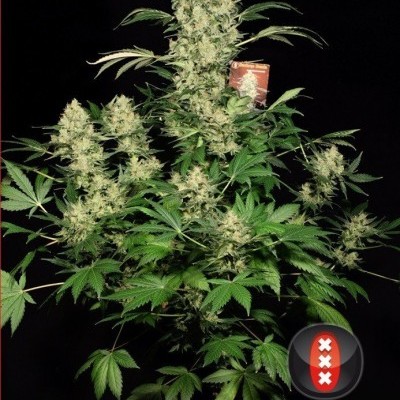 AK-47 has earned a worldwide reputation and is especially appreciated within Germany. This herbal weapon has won awards all across the planet for the sativa shots she fires deep into the psyche. Harnessing the Colombian, Mexican, Afghani, and Thai genetics of her ancestors, AK-47 unleashes a social, cerebral, and alert high that is ideal for parties and social gatherings, where she’ll trigger deep conversations and belly laughs. Each toke comes loaded with tasty flavors of spice, pine, and citrus.

AK-47 achieves a medium height both indoors and outdoors and produces a moderate yield. She’s regarded as easy to grow and will be ready to harvest after a flowering time of 8–9 weeks. 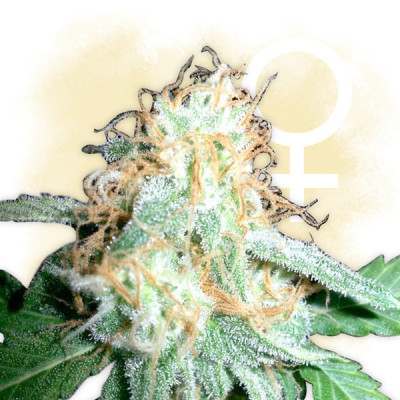 This classic is popular for her intense highs and large yields. Her evenly balanced mix of indica and sativa genetics gives rise to plants that feature wide lateral growth and multiple towering colas. Her slight indica dominance takes charge of the high, which is primarily stoning yet has elements of stimulation. Born out of the crossbreeding of Brazilian and South Indian genetics, White Widow features a high THC level of 22% and terpenes that produce a wide variety of flavors including hints of spice, sweetness, and pine.

White Widow has hardy genetics and is an easy strain to grow. Both indoor and outdoor plants maintain an easily manageable height. 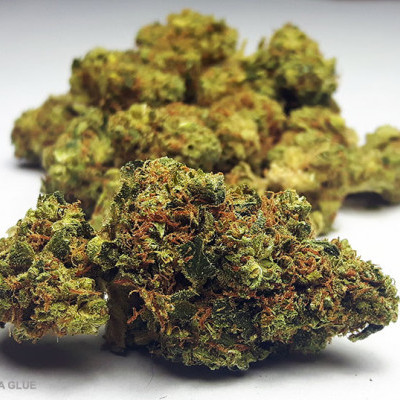 Gorilla Glue has swept the Earth and made a considerable impact within German borders. Her compact flowers are capable of producing an enormous THC level of 30%, which is more than enough to blitz even the most experienced of smokers. Such potency was achieved by mixing parent strains Chocolate Diesel, Sour Dubb, and Chem Sis. Her indica dominance induces savagely stoning highs that ignite an almighty body-buzz. This immense effect is paired with varying tastes of sweetness, fuel, citrus, and earthiness.

Gorilla Glue achieves a tall height indoors and outdoors, along with a medium yield in both environments. 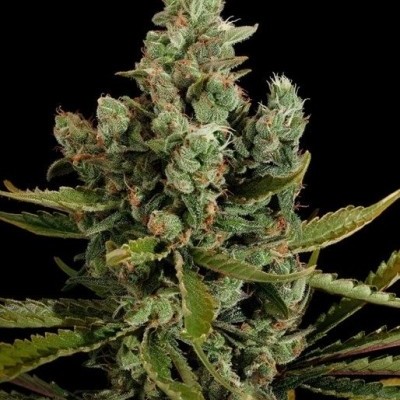 Cheese features a perfect split between 50% indica genetics and 50% sativa genetics. This balance was achieved by modifying predecessor strain Skunk 1, a distinguished member in the pantheon of classic strains. The large presence of both indica and sativa genes contributes toward a high that targets both the body and the mind. The effects stimulate contemplation, relax the muscles, and cause a significant increase in appetite. THC levels of 18–20% ensure a long-lasting effect that sets in minutes after the first hit. Each toke leaves tastes of cheese and Skunk on the tongue.

Cheese is easy to grow and a good choice for beginner growers. She provides a medium yield in both indoor and outdoor environments and has a flowering time of 8 weeks. 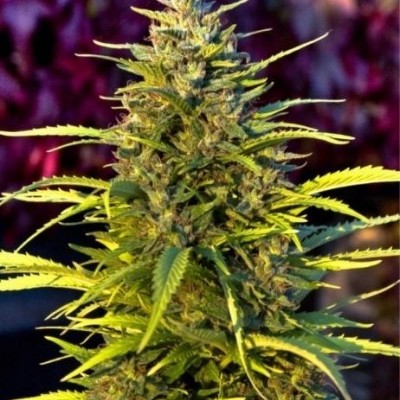 Orange Bud is an award-winning strain with roots that span back to the 1980s. This old-school lady was a hit in the cannabis mecca of California before gaining traction in countries such as Germany. She has a sativa-dominant genetic profile and stems from parents strains Colombian Gold, Afghani, and Acapulco Gold. She makes a good smoke for those users who prefer a daytime smoke that gives them increased focus and motivation. A THC content of 16.5% makes for effective highs that don’t decrease functionality.

Orange Bud produces a medium yield and reaches a medium height within indoor and outdoor environments. Be prepared to harvest her buds after a flowering time of 7–8 weeks. 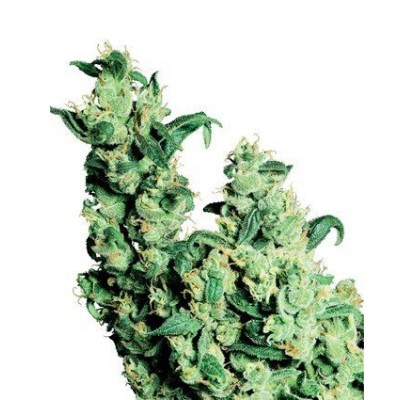 This hybrid strain was named after cannabis decriminalization activist and author Jack Herer. Herer was appreciated worldwide for his efforts, and this tribute variety has also found similar fame. Bred in Holland during the 1990s, Jack Herer has gained a large following in Germany due to high THC levels and a euphoric high that boosts confidence and reduces stress and anxiety. The terpene profile produces contrasting yet complementary tastes of sweetness and spice.

Jack Herer produces a yield of 600g/m² indoors, yet outdoor yields are known to be larger. 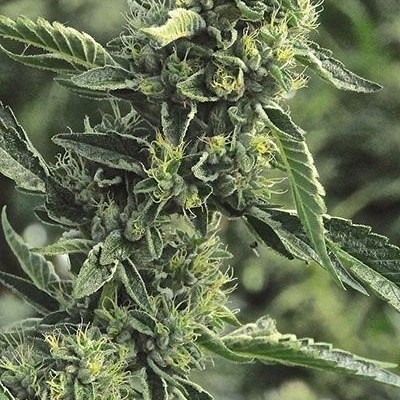 OG Kush produces relatively small flowers, yet they shouldn’t be underestimated. They pack a considerable punch with trichomes that churn out a THC content of up to 25%. Indica-dominant genetics direct these cannabinoids toward a deeply stoning high that glues the body to the couch and lulls the user to sleep in high doses. Her taste descends from parent strains Hindu Kush and Chemdawg, and manifests as spicy and earthy with hints of diesel.

OG Kush grows to a moderate height and offers medium yields, however, the potency of her flowers makes each harvest last some time. Indoor plants will be ready to harvest after a flowering time of 8 weeks, and outdoor plants will be ripe for trimming during October. 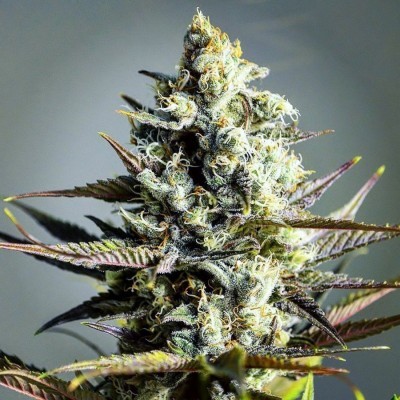 The aesthetics of Critical Kush set her apart from many other strains prefered by the German population, and also reflect her potency. Her flowers look frosty and white due to high quantities of trichomes. The sugar leaves surrounding these buds boast mesmerising colors of yellow, purple, and orange. She is close to being a pure indica variety and was crafted using parent strains Critical Mass and OG Kush. The THC levels of this strain max out at 25%, alongside CBD levels of 1–2%.

Critical Kush is easy to grow in both indoor and outdoor settings, and produces a large yield in both environments.