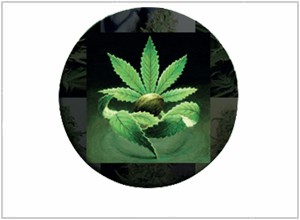 Homegrown Fantaseeds is one of the oldest cannabis seed banks around. They are based in Amsterdam, The Netherlands and have been in the business since 1997. The company as a whole was voted immediately as best seed company at the 1998 High Times Cannabis Cup in Amsterdam. Over the years they won several other cannabis cups for their strains, such as Blue Haze in 2001 and Cheese in 2004.

If you're on a search for '80s or '90s classics, Homegrown Fantaseeds is a place you should take a look. They did not take a break though, in the past 10 years they introduced quite a bunch of new, tasty cannabis strains to complement their collection of classic strains.

All strains by Homegrown Fantaseeds