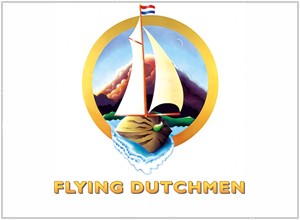 In 1984 he started to offer his seeds to other seed banks so they could use his genetics. This way he influenced many strains that originate from the eighties. You can easily say that Eddy, The Flying Dutchman, was a true pioneer.

He became good friends with Ben Dronkers, the owner of Sensi Seeds. In 2006 Sensi Seeds bought from Eddy all his genetics, the shop in Amsterdam and the company name with the promise to keep the name of The Flying Dutchmen alive.

All strains by Flying Dutchmen