Growing cannabis off grid with wind and solar energy

Wind and solar energy can be used to power an off grid cannabis growing operation. Although initial costly, these methods can lead to energy independence.

Some marijuana cultivators may favor the idea of installing a solar rig on their urban abode in order to become energy independent and to make some money by selling the excess.

Other growers may be aiming for a home in a far out rural setting, using sustainable energy to power their entire lifestyle and relying upon rainwater collection and growing their own food. Some growers just want to grow in stealth and make sure that their energy consumption is not going to set off any alarm bells for the authorities.

Growing cannabis off grid comes along with a whole host of benefits and may very well be the goal of many smart growers out there. Solar and wind energy are great environmentally friendly and renewable sources of energy, and can be used to power lights, heaters, humidifiers, fans, and even whole households. So why not to grow weed? Although these options may cost a lot to install, eventually they may lead to energy independence.

Wherever you may be aiming on the off grid spectrum, it will most likely mean using renewable energy and will have benefits far beyond growing cannabis. It really is a win-win situation.

Some may question if it is really possible to grow cannabis off grid. The answer is yes, it is entirely possible. However, the situation comes with a variety of pros and cons.

The largest positive has to be that eventually you may become energy independant and can even sell excess energy to even out your balance. The largest negative may be the initial cost of a set up, though overtime you may ultimately save money. It’s not an avenue of instant gratification, yet with patience people can definitely succeed and prosper from growing the herb off grid. 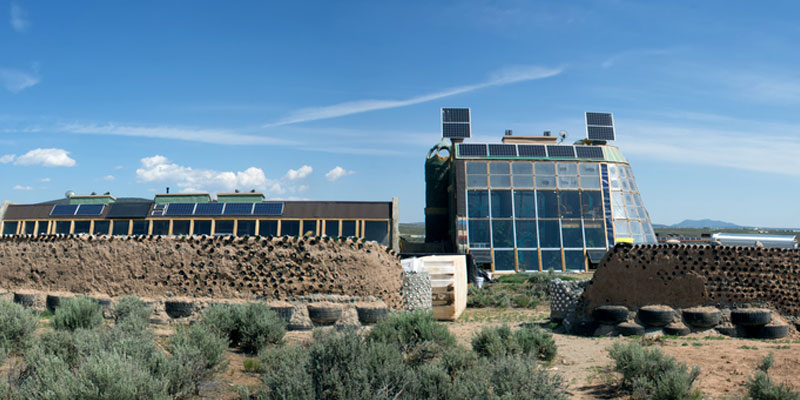 Using solar power is an excellent option when looking to grow off grid. Solar energy is found in abundance and involves converting the light emitted from the sun into electricity. The light and heat radiated by the sun can be utilised using modern pieces of technology such as photovoltaic panels.

It is no lie that the initial cost of a solar setup won’t be on the cheap side of things. Growers will have to invest in numerous panels as well as batteries to store the energy produced. The bigger the indoor grow room the more panels will be needed and therefore the overall price of the project increases. It’s more than likely the cost of powering a medium sized room is going to be within the tens of thousands of dollars.

Related Article
Could Legalization Lead To A Better Environment?

Batteries alone come at quite a hefty price too, with Tesla powerwall units costing thousands. However, don’t let such a large price put you off. If you are growing on a large scale and have the money to invest, after the initial purchase you’ll be spending very little to nothing on electricity. In fact, if you are growing on a large scale you may break even and then start to save money after only a few years. What’s more, if your setup starts to generate excess power, you can sell this back to the grid.

For growers who may be concerned about switching to an entirely solar setup due to inexperience, you can also experiment with a hybrid setup that will have you using a balance of solar power and energy from the grid. 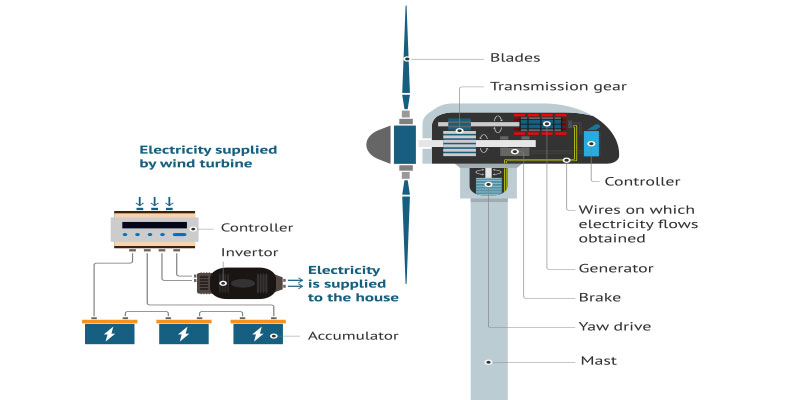 Utilising wind energy via the use of turbines is another excellent way to generate energy in an off grid situation. Wind power is a widely used and effective source of renewable energy, though one that is obviously also quite weather dependant.

The wind turbines many of us are used to seeing are the massive metal giants that tower above cities and over the oceans. Turbines consist blades that are connected to a generator, which spin when the wind drives them. These monoliths can generate large amounts of energy, yet at a massive cost. However, this technology is scalable and much smaller models can be purchased and placed on land. Many of these devices offer a high-energy output, are very reliable, and don’t generated too much noise.

When it comes to wind turbines, position and location is key in order to optimise energy output. The wind speeds can vary massively from one location to another, so it is important to place them appropriately in order to gain enough energy to power your indoor grow room and keep your plants happy. Plan a location away from trees and other obstacle that may obstruct proper airflow from pushing the turbine blades. High quality turbines can last up to a couple of decades, providing that they receive frequent and proper maintenance.

One of the main pros of opting for wind energy is the relatively low cost of turbine units, especially when compared to solar panels. The downside is finding a good location on land that you have access to. Wind turbines might also be a bit harder to hide if you would like to keep your location secret.

Using both solar and wind energy together will allow users to charge batteries during varying weather conditions, in order to power the lights, heats, and humidifiers within their growing space.

Financial gain and saving money isn’t the only benefit from switching to an off grid solar system or using wind energy. It’s also a great option for the environment.

It’s no secret that the worldwide abuse of fossil fuels, dirty energy, and nonrenewable resources is contributing to the damaging on the environment and massive levels of pollution. It is reported that growing just 1 kilo of cannabis produces 4.3 tonnes of carbon dioxide. This is a massive pay off for such a small amount of plant matter, so making this switch is contributing to the good of all.

How many grams of weed can you get from an individual plant?

How to calculate the electricity costs for growing cannabis indoors

How much does it cost to grow marijuana indoors?

What is clinical endocannabinoid deficiency?

How to handle teenagers and marijuana use