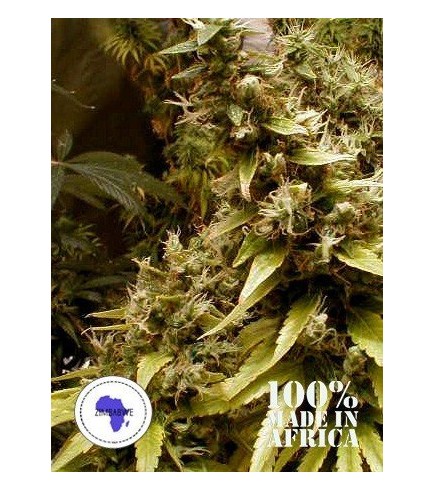 This landrace sativa derives from South Africa, which is the origin of many other strains such as Durban. Zim-Licious grows near Victoria Falls, which is a mighty and breathtaking waterfall. Zim-Licious can be breathtaking in its own right. After one tokes this variety, one experiences a heightened sense of well-being. Giggles present themselves, delivering solid laughter - the best medicine of all.

Zim-Licious comes from a tropical climate, although it developed in mountainous areas, which are cooler than the rainforests of Thailand, for example. Landrace sativas are best suited for experienced growers because they weren’t developed for Northern operations. Zim-Licious derives from a specific place, so anyone who can mimic that environment will win master nugs.

Fold Unfold
No reviews yet, be the first!