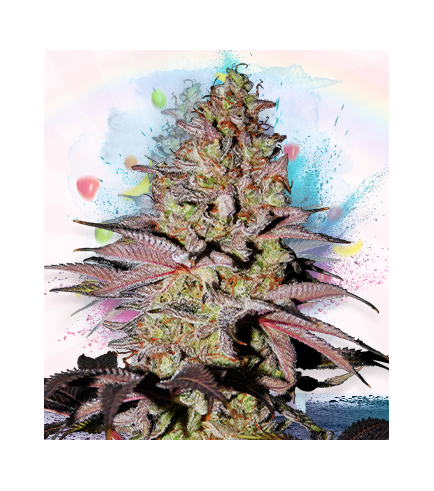 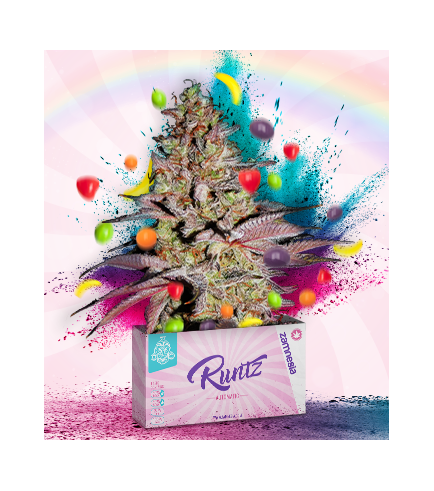 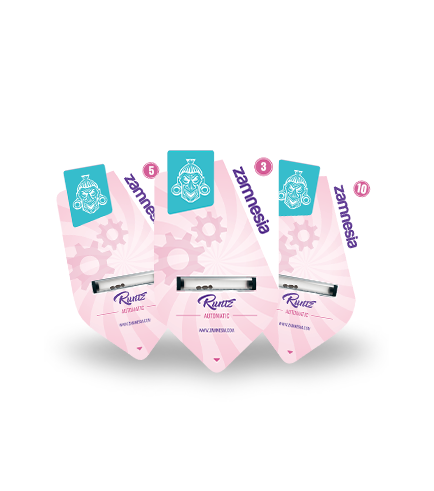 When Zamnesia Seeds released the original Runtz in 2020, growers and connoisseurs were taken aback by the sheer potency and hybrid vigour of the strain. It packs sweet flavours and a heavy serving of THC, with a balanced effect that has earned it a lofty reputation amongst stoners. Now, thanks to the efforts of some dedicated breeders, we can achieve Runtz goodness in a fraction of the usual time. Without further ado, let's introduce you to Runtz Automatic.

The foundation of Runtz was formed using two iconic strains: Zkittlez and Gelato #33. The former is an indica-dominant strain boasting a range of sweet and fruity flavours. Gelato #33 is also appropriately sweet (although more citrusy) and brings robust hybrid genetics to the table. Blending these strains together created a hybrid with a sweet and candy-like flavour that could only be captured in one name: Runtz.

Then, in an effort to bring the goodness of Runtz to growers with less time and space, breeders combined it with a ruderalis strain, bringing Runtz Automatic to life. While it doesn't get quite as tall as the photoperiod standard, or yield as many buds per plant, you can still get the same ideal indoor yield (around 500g/m²) with a proportional amount of Runtz Auto plants. In turn, it won't take nearly as long to grow; while Runtz spends around 9 weeks flowering, Runtz Automatic goes from seed to harvest in around the same time frame.

If that doesn't sweeten the deal enough, consider you'll get to enjoy nugs with 23% THC after you harvest, dry, and cure your buds. Compared to how long you have to wait for the 27% nugs the traditional Runtz offers, you're getting just as good of a deal, if not a better one, relative to your investment of time, space, and effort. You'll also get all the scrumptious flavours and aromas you know from Runtz, which will be sure to make you feel like you're in a candy factory.

Grow your own Runtz Auto