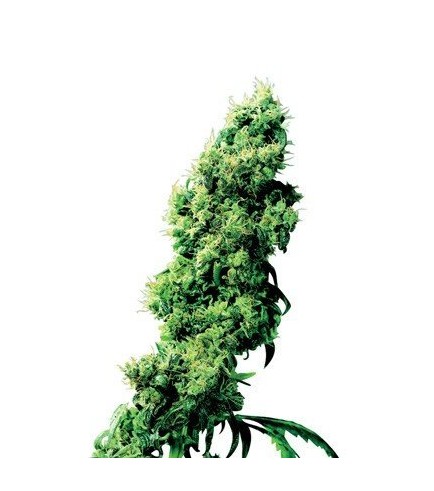 Here we have an 80% indica-dominant hybrid, which received her name from the hybridization session that created her. Indica genetics from India, Pakistan, and Afghanistan got mixed with a Skunk #1 strain, which resulted in Four-Way. This strain came into existence during the '80s, however, breeders decided to re-introduce it on a wider scale in 1995. The induced effects are quite strong, relaxing those tense muscles.

This strain thrives in warm Mediterranean climates. Bountiful yields can be experienced from Four-Way plants, which flower for approximately 45-60 days. This strain remains quite short, due to its predominant indica inheritance. The buds become dense, covered in delicious resin. Four-Way can be grown indoors, outdoors, and in greenhouse environments. Hash-makers should consider growing Four-Way due to its hashy and strong flavors.

Grow your own Four-Way

Sensi Seeds
No reviews yet, be the first!