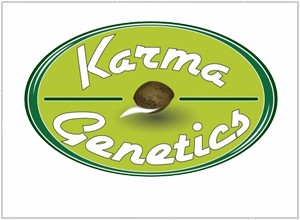 Karma, the guy who runs the show at Karma Genetics, has been part of the Dutch cannabis scene since 1998 and started breeding himself around 2000. One of Karma's most popular strains is Karma's OG, bred with original Californian OG genetics. This is a big, bulky indica that delivers a strong, long-lasting stone.

Another popular variety is Karma's Headbanger, which was bred using Sour Diesel and OG Kush and released in 2013. Both strains have won numerous Cannabis Cups, including IC420 Growers Cup in Amsterdam, the Secret Cup in Barcelona, and the renowned High Times Cup in Amsterdam.

They have a few strains suitable for beginners, but most of the strains from Karma Genetics are highly appreciated by the more advance growers.

All strains by Karma Genetics