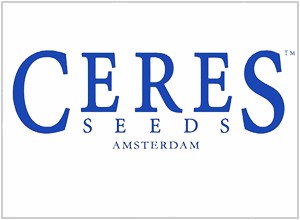 Breeding cannabis in Amsterdam since 1988 on a continuously high level, Ceres Seeds is considered a respected cannabis seed company in The Netherlands. They concentrate on a small number of Dutch strains, continuing to perfect each one to ensure the utmost in stability and reliability.

Over the years, Ceres Seeds has been associated with some really big names in the cannabis industry. One of the founding members developed an early interest in breeding after growing weed with his grandmother using cuts they sourced from the Sinsemilla Fan Club. Later, they partnered with both the Dreadlock Coffeeshop in Amsterdam and Sensi Seeds.

Today, Ceres Seeds have stood the test of time. In a day and age when trendy gear comes and goes, their marijuana seeds are rock solid and still based on authentic Thai, Jamaican and Colombian genetics that have been the backbone of the Amsterdam coffeeshop trade for generations.

All strains by Ceres Seeds