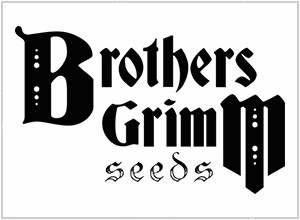 Home of the famous Cinderella 99!

Brothers Grimm Seeds is a cannabis seed bank based in Colorado, United States. MrSoul founded the company in 1996 but left the business abruptly in 2002. More than a decade later, in 2015, he found a way to start breeding in other facilities without problems and since 2016 his genetics are available again.

Brothers Grimm Seeds focuses on producing highly selective crosses that are unusual and original. Brothers Grimm Seeds offers an impressive array of rare cannabis genetics derived from legendary landrace strains and other varieties that meet their high standards. The most famous strain by Brother's Grimm Seeds is of course the highly prized Cinderella 99.

Something that makes Brothers Grimm Seeds a little different from most other seed banks is the process they go through when breeding new strains. A great deal of thought goes into what they want to achieve before they even start. It lets them discover exactly why they want to cross certain genetics from a male and female plant.

By Bc Nov 30-2018
I grew C99 for the first time wow what a keeper.
By Rigel May 5-2021
If I could rate this Soul-less company lower I would. None of the seed was viable. Rude customer service to boot, the "Soul" character literally just lectured me would not listen and hung up on me. Stay Far away from these Second Rate Con Artists!!

All strains by Brothers Grimm Seeds