Marijuana and being pregnant; a good idea?

The consumption of cannabis Various

We’re well aware of the risks of using tobacco or alcohol during pregnancy. But are there any risks to using cannabis while pregnant? Unfortunately, the research into this field is scarce and filled with limitations. But let's take a look at some of the research into cannabis use and its effects, including older studies and more recent reviews.

As with many other topics exploring cannabis use and its effects on our bodies, there are few scientific studies on how maternal marijuana use may affect the development of a child (both in the womb or in early childhood/adolescence).

The authors of The Informed Parent, a book aimed at compiling scientific evidence on everything from breastfeeding and vaccinations to marijuana use a total of 11 studies that examine the effects of cannabis use during pregnancy.

The most recent studies on the list are from 2014 while the oldest date back to the 90s; the studies explore both the immediate birth defects associated with cannabis use during as well as the effects it may have on later child development.[1]

There are a few more recent studies into the field which did not make it onto the list.

In 2016, for example, a research team lead by Dr. Shayna Conner, Assistant Professor of Obstetrics and Gynecology from Washington University, published a systematic review and meta-analysis of the adverse neonatal outcomes of maternal cannabis use.[2]

Another study, published the same year in BMC of Pharmacology and Toxicology also explored the effects of cannabis on embryological development.[3]

The most recent article on pregnancy and cannabis use was published in March 2017 in the Journal of Addiction Medicine and focused on cannabis use trends in pregnant women in relation to their views toward legalization and the potential risk factors.

CANNABIS AND PREGNANCY: WHAT DOES SCIENCE TELL US? 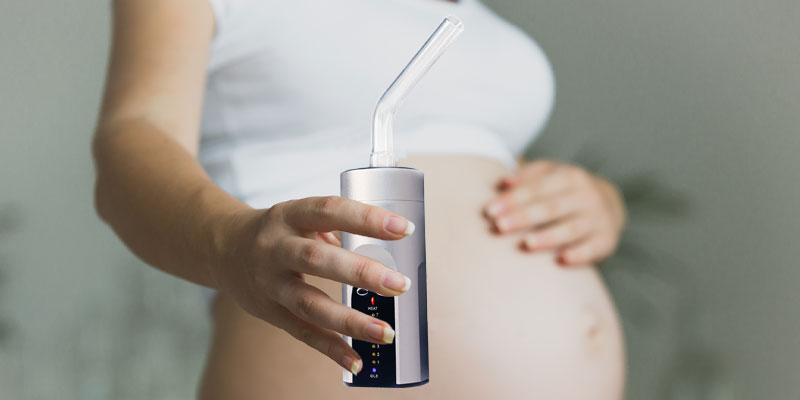 The handful of studies into the effects of maternal cannabis use have produced very mixed results.

A handful of studies agree that smoking cannabis during pregnancy exposes the fetus to a variety of risks.

For example, in “The Grass Isn’t Always Greener: The Effects of Cannabis on Embryological Development,” a 2016 study published by a group of researchers at Georgetown University Medical Center, showed that symptoms of cannabis use during pregnancy include miscarriage, congenital malformations, and learning disabilities.

The study also claims that some of the cannabinoids that are known for inhibiting cell growth (and are therefore praised for their potential in cancer treatment) can hinder the development of the embryo by working as cell growth inhibitors, restrictors of cellular motility, while also inducing apoptosis (the death of cells).

“By the same mechanisms that cannabinoids show promise in the field of cancer treatment, they prove equally dangerous to the viability and health of a developing embryo,” the authors wrote.

Furthermore, a 2014 review of literature on the topic of cannabis use and pregnancy published in the Journal of Perinatology made similar claims.[4]

The authors of the review states that current evidence suggests that cannabis use can have adverse effects on the neurodevelopment of a child, both when used during pregnancy while lactating.

Researchers at the University of Pittsburgh Medical Centre and School of Medicine also found that cannabis use during pregnancy can affect a child’s apprehension later on in life.

The researchers interviewed women about the amount and frequency of their marijuana use at 4 and 7 months of pregnancy as well as at delivery. Their children were then assessed with the Stanford-Binet Intelligence Scale by blind examiners.[5]

The study found that children born to mothers that smoked one joint or more daily in the first trimester of their pregnancy showed a decreased ability to understand concepts in listening and reading.

Experts also agree that THC, the main active compound in cannabis, can easily cross the placenta and remains in the adult body for up to 30 days, meaning it could potentially reach the fetus.

However, some research also suggests that consuming cannabis during pregnancy may not be as bad as some of the above studies suggest.

All scientific studies have their limitations, and some of the examples we’ve looked at above are no different.

There are two main flaws affecting the limited studies on pregnancy and cannabis use.

First of all, many cannabis users also use tobacco, which we know can have severe effects on the health of a fetus/newborn and the development of a child. Many of the previous studies into cannabis do not account for use of other drugs such as tobacco and alcohol, meaning some of the effects they are recording may not be due to cannabis use alone.

Secondly, many of the studies rely on participants to self-report the frequency or amount of cannabis they consumed while pregnant instead of using objective testing methods. This is a big limitation, as other studies suggest that the information provided by participants often isn’t accurate.

A 2016 review of existing literature by Dr. Shayna Conner and a team of researchers tried to take these issues into account.[6]

The review combined 31 studies ranging from 1982 through 2015 and only included observational cohort and case-control studies in which the team could separate the data on marijuana use from other substance use, including tobacco.

The studies included a total of 7,851 women who used marijuana during pregnancy and 124,867 who did not. Marijuana use was both self-reported or established using objective testing of the meconium, umbilical cord, urine, saliva or blood.

Before adjusting for tobacco use, the study results are consistent with the results of earlier research: prematurity and the risk of a low birth weight were 5% higher among mothers who smoked cannabis during their pregnancy.

However, these results dropped significantly once researchers adjusted results to account for tobacco use. The adjusted results showed that marijuana use did not lead to a greater risk of preterm birth or low birth weight.

It is important to note that this study, once again, was working with an extremely small sample size, especially once data was adjusted to take into consideration tobacco or other substance use. This makes it extremely difficult to draw any solid conclusions from these results.

SO, SHOULD PREGNANT WOMEN SMOKE CANNABIS? 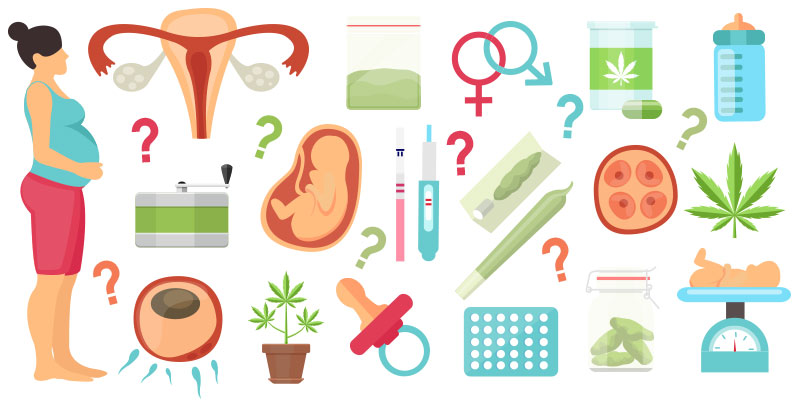 The contradictions in the findings of the studies into this topic make it hard to come to clear decision about the effects of maternal cannabis use on the child.

Either way, we suggest you don’t use cannabis while pregnant to minimize any harm to you or your child. Alternatively, discuss this topic with your doctor for their professional opinion.

In fact, the only thing they really prove with certainty is that there is a major lack of research into this field, and that the existing research we have to off is simply too limited.

As more places around the world start to legalize cannabis (both for medicinal and recreational purposes) and our society starts to change its opinions about marijuana, this topic becomes ever more relevant, and more research is needed in order to confirm how it affects mothers and their children.

Note: We have taken the utmost care and precaution whilst writing this article. That being said, please take note of the fact that we are not medical professionals of any kind. CannaConnection is strictly a news and information website. This content is not intended to be a substitute for professional medical advice, diagnosis, or treatment.

How to make your own CBD-infused Bath Bombs

How to make your own CBD-infused Bath Bombs

5 Good reasons not to throw away your weed stems

What are 'Kush' cannabis strains?